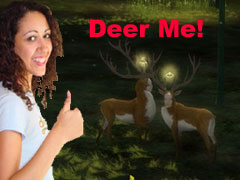 Welcome to the New Year dear play chums! I expect your all feeling bloated with Christmas cheer and rampant consumerism. We've all eaten enough to solve world hunger and swilled down with enough booze to sink a battleship.

At least you guys in the US don't have to try your best to avoid the televised Queen's speech. Something, I've thankfully managed to achieve successfully since becoming an adult, having been scarred by childhood Christmases spent sitting through her ‘heartfelt' sentiments.

And in between the good cheer and face-stuffing, all good gamers were getting in some quality pad pummelling. Between us we must have maimed, massacred and mutilated millions upon millions of foes over the festive period alone. Yes, we were happily slaughtering or rescuing, depending on how you look on it. And if we weren't killing there were cars to be driven into submission to get the highest score, fastest time and best carburettor.

But now it's the New Year and time to reassess. It's a time of new beginnings and shedding of former selves and the like. And I've discovered just the thing.

I've stumbled upon a form of Zen gaming called The Endless Forest. I knew being on the receiving end of games press releases was good for something. A press release plopped into my email inbox, ready for me to sift through on the first day back to work. And I have to say, my interest was piqued.

The premise of The Endless Forest is to wander around a lovely forest as a deer. The forest is populated by other deer and you have no means of communication other than those deer would normally have. So, no break-dancing emotes and no lasers shooting from your eyes, just your average deer-type grazing and roaming.

And the bit that really got me is that it's an online multiplayer experience. Needless to say, I downloaded it tout de suite.

Developed by Tale of Tales, The Endless Forest is actually an online multi-player screen saver. I think that must be a first, especially when you consider everyone plays a deer.

Everyone plays a male deer because the development team, based in Belgium, have set ideas for the story, which only makes me even more intrigued. The beauty of this game is that it seems to be a living, evolving thing.

At the moment there is no story, it's just you, the forest and a bunch of other stags. But one look on the forum and you get sneaky hints about spells and other mysterious things. Apparently, female deer are also set to be introduced in the future, which could lead to mating battles and even fauns – aaah.

The environment is gorgeous and looks like a fairytale forest, complete with the sound of bees buzzing and branches creaking. There are clumps of flowers visited by butterflies and birds fly in and out of sun-dappled glades. Shafts of light filter through onto the forest floor, where little squirrels can be seen scampering about.

The only real feature of the forest is a ruined abbey, which proves a favourite for sleeping deer. When you click out of the game your deer goes to sleep and can be seen by other players catching forty winks.

You can register your deer with a name. But it's no ordinary name, it's a randomly selected symbol, which appears above your deer's head. You can keep clicking until you find a symbol you like, most of which look like runes. Once named the deer sports a halo, resembling the starburst seen on religious figures in renaissance art.

Then it's time to go frolic with the other stags. Your communication is limited to a few actions; a deer call, a hop of joy, sniff and listen. You can also scratch yourself on nearby trees. I say limited communication, but it's amazing how much you feel you can say as an Endless deer.

The forest is a calm, mysterious and peaceful place where you can call to other deer and then run up and give them a sniff. Last night I spent a good twenty minutes just running through the forest with a little deer friend I made. I could almost smell the pine and feel the gentle breeze on my deer face.

Speaking of my deer face, the design of the deer is something to note. Rather than an actually deer face, each stag has an almost human face on a deer head, making them seem godlike rather than earthly creatures. I think this is a mythical world we're frolicking in, but who knows.

The Endless Forest has no rules, no targets, no foes and no scores. This is a liberating gaming experience, which just allows you to play for playing's sake. Remember people, we do actually play games for fun – although sometimes I wonder.

Last night in the forest, I sat down in the fairy circle (a circle of mushrooms) and suddenly these objects fell out of the sky around me. I called to my deer brethren to get their attention – to no avail – and then the objects turned into little squirrels that scurried off into the forest. Then a blue wall appeared and disappeared. I have no explanation of these events, but they add to the mystery of the game and keep me coming back for more.

This is an ongoing project with a very active forum, where ideas get bandied about. And the beauty of it is that the players know they will have some effect on future additions to the game.

Tale of Tales is founded by former internet artists Auriea Harvey and Michael Samyn, who are exploring games as an artistic form of expression. In fact, in February the team aim to put on an art spectacular live in the forest, when they will appear as the Twin Gods as part of the Artefact Festival in Belgium. Now this I've got to see.

So dear play chums, I'm urging you to donate a little time to some Zen gaming in The Endless Forest. Give your gaming karma a break now and then and just enjoy playing, rather than winning.

Download The Endless Forest for free at: http://tale-of-tales.com/TheEndlessForest/ and I hope to see you in there!

Most played: City of Villains
Most wanted: Legend of Zelda: The Twilight Princess