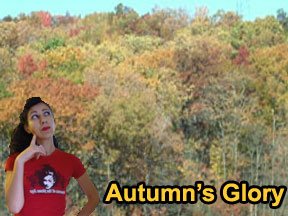 The nights are drawing in and what was a cold, wet summer, in the UK, is now turning into a colder and wetter winter. This means it’s time to draw the curtains, throw a log on the fire and settle down for some autumn gaming. The upcoming releases aren’t looking too shabby. Autumn really started shaping up with the launch of the likes of Borderlands 2, but there are even bigger and better things on the horizon. So here’s what I’m looking forward to.

Not enough games use a steampunk setting, so Dishonored gets fool marks just for slinging us into a pseudo-Victorian, Wellsian world. This FPS with a difference puts you in the shoes of an assassin with magical powers at his disposal. We’re promised an open-world adventure that allows you to solve set pieces in several different ways. I’m hoping for a Hitman style free rein, but with the added benefit of a Victorian gothic setting and less nuns heh hem. Release date 12 October (PC, PS3, Xbox 360)

Now, I’m surprised that this is on my autumn list. When the Civil War setting was announced, I was disappointed to say the least and I’m still not convinced. However, Ubisoft looks like they’re really trying something new with the series. I have to give them kudos for that, when they could just have easily stuck it in Europe and played it safe. The more I see about this game, the more I like. The combat looks incredible and I’m looking forward to trying out the new naval combat too. If the gameplay is as good as it looks, I may just get over the setting. Release date 31 October (PC, PS3, Wii U, Xbox 360)

343 Industries have described Halo 4 as a darker, more story-driven version of the game series started by original developers Bungie. This sounds good to me, but I’m just hoping the whole Master Chief and Cortana scenario isn’t too long in the tooth to ever be fresh and engaging again. More story is the big draw for me. I’m really hoping 343 pull this off. From what I’ve seen so far, they might just do it. Release date 6 November (Xbox 360)

I haven’t played a Hitman game, since the very first one in the series. That’s not entirely true, I had a brief dalliance with Hitman 2, but they changed the engine and made it handle like a bag of poo, so I washed my hands of the whole thing. I loved Hitman and despite nun-gate, I’m looking forward to this one. Let’s hope it can overcome its unfortunate trailer and give us the sneak ’em up we know 47 deserves. If all goes well, this will be the game to get me back into this series. Release date 20 November (PC, PS3, Xbox 360)

That lot should keep me busy. Until Christmas, that is.