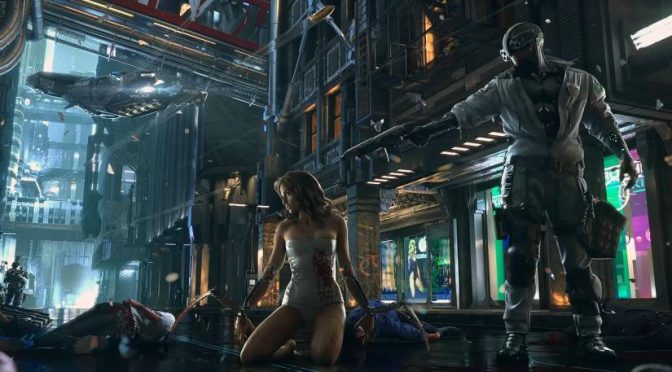 The migration is getting underway – the games industry is making its way to LA for E3 2018. The biggest show on the gaming calendar is just a few weeks away. All the publishers and platform makers will be the there to show off their latest games and hopefully share some shock announcements. This probably won’t happen, because the week before E3 is normally full of leaks, removing all surprise from the proceedings.

E3 2018 kicks off on 12 June, but all the big publisher press conferences are taking place before, with Microsoft first out of the gates on 9 June. I’ve pulled together a few of the games we can expect to see.

So, Microsoft is first up on the press conference schedule, but they’re keeping their cards pretty close to their chest. There might be a Halo announcement, wrapping up the 343 industries trilogy, but no confirmation on that. Last year focused on hardware, with the Xbox One X, so it’s fair to assume that they’ll have some tasty software announcements.

Sony has confirmed that it will be focusing on four exclusives: Spider-man, The Last of Us 2, Death Stranding and Ghost of Tsushima. So let’s delve in…

Spider-Man is pretty self-explanatory. It looks like the Arkham games, but with Spider-Man. This means they’ll be slick, exciting, atmospheric and make you feel like everyone’s favourite web-slinger.  Nuff said.

This is another self-explanatory one. We don’t really know much about Ellie and Joel’s next adventure. It looks darker, if that’s possible. Expect some gameplay and maybe a bit more on the setting.

People seem to be excited about what so far looks like a male power fantasy about men having babies. One good reason to not have any women in your game, I suppose. I’m thinking they’ll wheel Kojima out on stage for this one and maybe Guillermo Del Toro for added nerd frenzy. Hopefully, we’ll get a clearer idea of what Death Stranding actually is. Just anything.

This is basically a play-as-a-samurai in really beautiful Japanese scenery game. Set in Japan during the Mongol Invasion, Ghost of Tsushima is gorgeous to look at and has the Japanese things in, from temples to swords and probably some cherry blossom. Find out more at E3 2018.

I feel like I’m back in the noughties, what with Beyond Good and Evil and a new Splinter Cell rumoured. With a lull in Metal Gear’s future, this is the perfect time for Sam Fisher to enter stage left. High tech, sneaky espionage anyone? Step right this way.

Beyond Good and Evil 2

This is the game I’m most excited to learn more about. Last year we got the teaser trailer and  Ubisoft recently released a gameplay video. Playing as sky pirates, the game has a co-op element, which works well thematically. So far, it sounds pretty awesome, but it wouldn’t hurt to know more. Also, I just want more screen-time for that majestic afro.

With Mass Effect on ice, it’s time for BioWare’s new IP, Anthem, to shine. It’s basically people in mech suits fighting monsters. This multi-player co-op experience looks beautiful, with gorgeous forests engulfing ruined cities. But it’s totally BioWare’s Destiny. This is the game EA focused on after canning Amy Hennig’s Star Wars single-player, so I am bitter. The monster hunting concept seems a bit thin to me, but I’m willing to be proved wrong and eat my hat or whatever.

Shadow of the Tomb Raider

Lara’s next adventure looks like the darkest so far and features a LOT of violence, if the trailer is anything to go by.  Lara hacked and stabbed her way through an entire group of soldiers or mercs and then stabbed some kind of priest figure in a Mayan temple. Okay, so at the end she says “what will I become?”, but that stinks of the game getting to do the violence and then have Lara question it before doing some more killing. I’m hoping the trailer is a misrepresentation of the game, designed to just shift units to the action gamer. I guess we’ll find out soon.

It’s been a long time since we saw that teaser of the female bot in her undies being arrested on a rain-slicked street. However,  Cyberpunk 2077, the game based on the tabletop RPG, has been confirmed for E3 2018.  This is one of my favourite RPGs, so I have mixed emotions about this game. It’s a great setting, but I’m hoping the game won’t fall into the usual cyberpunk gender tropes. It doesn’t have to, except this is CD Projekt Red and they don’t have the best record. Plus fembot in her undies.

Life is Strange 2 has been confirmed so that might make an appearance. Apparently, this game has all new characters and story, which is a better prospect than trying to stretch the Max and Chloe narrative.

Red Dead Redemption 2 is still a bit of an unknown quantity. I’m not that eager to know more, simply because I’m definitely buying it.

For a reminder of last year’s E3 check out our coverage at Argue the Toss.