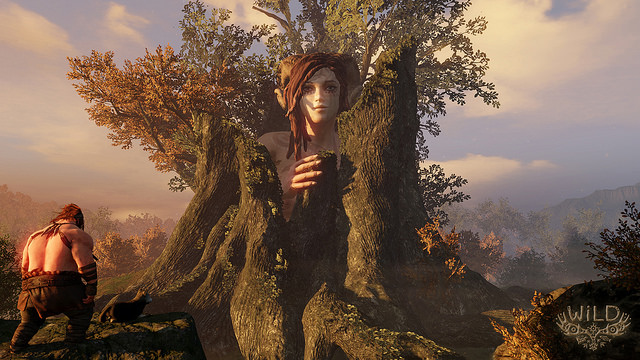 Gamescom 2014 is well and truly underway, but it all kicked off on Tuesday, with the press conferences from Microsoft and Sony.

Microsoft was first out of the blocks with a fairly staid affair.  There were no new game announcements of any note, making the media briefing a bit of a repeat of its E3 show.

However, Microsoft did make a media splash by announcing that Rise of the Tomb Raider is an Xbox exclusive.  I for one, couldn’t see Sony coming up with anything better than that. Lara Croft is still a hot property, after all these years and has been traditionally, multi-platform, so this was big news.

Unfortunately, less than 24 hours later and it seems that the sequel to the series reboot is only exclusive for a while. That takes the shine off what appeared to be Microsoft’s major coup.

Apart from Tomb Raider, Xbox One’s big exclusive is Quantum Break. We saw gameplay footage for the first time and it certainly looks gorgeous, especially during the time-freeze moments.  My only reservation is that it may rely on too many duck and cover shoot outs.

Next up on the exclusives list was the Halo 5 multiplayer beta and the launch of the Halo Channel. I’m not sure anyone was clear on what the Channel was all about by the end of the show. In addition, three new hardware bundles were announced in time for Christmas, bolstered by a boring appearance by Peter Schmeichel for FIFA 15.

In its defense, Microsoft shone the spotlight on indie games, with a look at Space Engineer, Smite, the MOBA action game, The Escapists from Team 17, as well as the stylish minimalism of Super Hot. All these games are “first to console” on Xbox One as opposed to exclusives.  We saw more of Ori and the Blind Forest, plus the stunningly atmospheric Below, but these had been present at E3 too.

Driving fans got a look at Forza Horizon 2 and Frontier gave us a look at ScreamRide, whic looks like an extreme Rollercoaster Tycoon. All in all, it was fairly predictable, apart from the Crystal Dynamics partnership.

As Sony opened its press conference, Microsoft was hitting headlines for the Tomb Raider announcement, which must have made the team nervous. Those nerves didn’t last for long, as the conference delivered game after game.

The Bloodborne gameplay trailer kicked things off and piqued my interest more than the E3 teaser did. First of the new games was The Tomorrow Children from Q Games, of Pixel Junk fame.  All I can tell you, is that it looks like a retro future, Russian-themed game. It’s quirky, okay.  And it’s exclusive to PS4.

Next up was the stunning trailer for The Vanishing of Ethan Carter – we didn’t get much in the way of story or gameplay, but it looks like a ghost story of some kind. This isn’t an exclusive, but will be on PS4 first.

The focus was definitely on indie, with the likes of old school stealth game, Volume, which is a modern retelling of Robin Hood. Day Z is also coming to console first on PS4, as is Rune Master and Hollowpoint.

Hideo Kojima’s quirky sense of humour misfired, when he came out to unveil the upgraded features of the box in MGS: A Phantom Pain. One of said features includes using a picture of a girl in a bikini to distract guards. The less said about that the better.Bizarrely, the P.T.  game trailer didn’t reveal that this is a Kojima  collaboration with Guillermo Del Toro and the next Silent Hill game.

And just when you’d expect the show to start tailing off, Sony had a few more games up its sleeve.

Heavenly Sword creators, Ninja Theory teased Hellblade, which looks like a worthy successor, coming first to PS4. Tequila Works showed more of Rime, the Ico meets Windwaker exclusive. And the show finished on a bang with the open world, play as any creature bundle of gorgeousness, Wild. Yet another new IP and PS4 exclusive, this time from Michel Ancel and promising great things.

I didn’t think Sony could do it, but  it blew Microsoft out of the water, with a slew of innovative looking games and new titles. Interestingly, no mention of PS Vita or Kinnect from either team and of course, no word on The Last Guardian. Either way, Microsoft needs to do more to keep up with Sony, at the moment.

It’s still all to play for, this early in the new console generation, but Sony continues to look confident, with a clear direction. Microsoft is focusing on AAA titles and the traditional hardcore gamer, whilst Sony is the place for the new and the quirky, alongside things to please the mainstream.

Judging from recent editorials, dissecting the press conferences, Sony is the industry favourite. That leaves gamers to decide their winner – and their the ones who count.