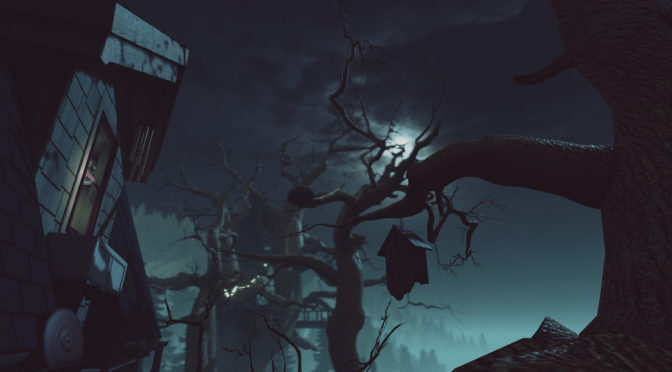 What Remains of Edith Finch is the second game from Giant Sparrow, the studio behind the whimsical ink-splash game, Unfinished Swan. The game is a visual departure from Unfinished Swan, eschewing the stark black and white for more realistic visuals by an artist whose background includes Call of Duty. However, What Remains is still a game about storytelling and one that proves how seamlessly magical realism fits with video games.

Magical realism is a largely literary genre that uses magical and fantastical elements in an otherwise realistic narrative setting. Do not confuse magical realism with realistic magic, which is just a technical aspect of writing fantasy . It is distinct from fantasy because it is not escapist storytelling that wonders what if there were wizards or what if we could fly. Magical realism uses magic as an expression of the internal world of the characters in a story and that’s exactly how What Remains of Edith Finch employs these literary techniques.

What Remains is the story of the last surviving member of the cursed Finch family returning to her family home to find out what happened to her relatives. Each room of the house belongs to a dead Finch and the first-person narrative adventure places the player inside the head of every character’s last moments. From a child on a swing to a young scream queen actress and even an infant.

I’m at pains to say too much about What Remains because it’s such an incredible experience to play and the less you know, the greater the impact. However, the creative director, Ian Dallas has quite openly discussed an early sequence involving the tale of Molly Finch. Ten year-old Molly describes the night her mother sent her to bed without any supper, in classic fairy tale style. Molly scratches around for things to eat, but her hunger can’t be sated and she transforms into a cat and chases and eats a bird. She then transforms into an owl and as the player you must hunt rabbits, which are consumed with a gruesome crunching of bones.

In another sequence, a family wedding is disturbed by a huge wind, which sweeps everything up in its path, including the wedding marquee and the words narrated by the player character. Unlike a game like Life is Strange, where the huge tornado is seen as a threat that the characters react to by screaming or hunkering down in the diner, the characters in What Remains just see the extraordinary or magical as a part of life. And that’s the point of magical realism.

In my interview with Dallas, he cited Gabriel Garcia Marquez (the godfather of magical realism) as an influence, as well as weird fiction, such as H P Lovecraft. However, it’s Marquez’s epic One Hundred Years of Solitude, following seven generations of one family in the fictional Latin American village of Macondo that Dallas says is the biggest influence on the game.

Much like One Hundred Years, which includes ghosts, flying carpets and a river of blood, What Remains transports players through the bodies of different animals, a game within a game and a fantastic musical water sequence that could have been taken from Disney’s Fantasia.

As I delighted in What Remains, all I could think was why haven’t more games used magical realism. The first-person perspective and the interactive aspect of the game makes the  effect of magical realism even more powerful. In one scene I was operating the right stick to perform a mundane action in the ‘real’ world and using the left stick to navigate through a fantasy world, with the images overlaid on top of each other. No other medium could transport me into two states of mind simultaneously like that.

Magical realism is used to explore the internal world of characters and games spend a lot of time trying to immerse gamers in new worlds and experience. This is why magical realism is the perfect genre for games. Not only are gamers open to the magical and fantastical, but we also delight in the wonder of realism, such as a coffee cup ring on a well-rendered table or a scabby knee. We enjoy the magical and the mysterious and a good dose of reality, which makes gamers the perfect audience for magical realism.

The upcoming game 29  is an upcoming title, which experiment with magical realism, so look out for it. Kentucky Route Zero is a magical realist point-and-click adventure in four parts, with a hint of rural noir. I just hope the success of What Remains of Edith Finch is the start of a new trend in magical realism in games.