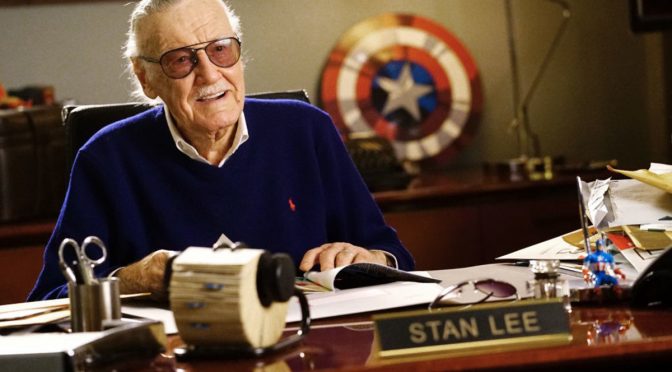 Aged around six, I was sitting on the floor with my crayons, drawing. My older brother plucked my silver crayon from the collection scattered on the floor and said, “Can I use this?” I considered for a moment, asked what for and he replied, “Come and see this.”

I followed him to the kitchen, where he dropped my crayon into a saucepan and slowly melted it. Meanwhile, his Action Man was stripped down to his plastic painted on pants. Once the crayon was melted, Action Man was dipped into the melted silver crayon and emerged reborn as…the Silver Surfer. My brother held him aloft and we both gasped in awe. Suffice to say, Stan Lee influenced my childhood and is part of the reason why I write about and make games today.

This week, Stan Lee, creator of Marvel Comics and many superheroes, including the Silver Surfer, died aged 95. Not that long ago, a significant number of comic book geeks would have been the only ones to mourn his passing, but the blockbuster machine that is the Marvel Cinematic Universe means Stan Lee has become a household name.

I liked comics when I was a kid because my brother liked comics and I thought stuff he liked was cool. But his influence turned into  a genuine love of the medium because I buy more comics than he does, now. Some of the first things I drew were Marvel superheroes. I remember wondering why their hair was always blue. I also remember rifling through my brother’s collection looking for all the comics with my favourite heroes in, especially the female ones. If you’re wondering; Valkyrie and Black Widow. 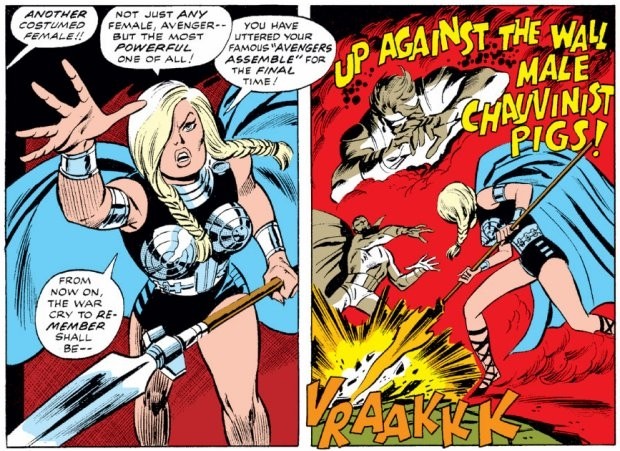 I liked Thor because he spoke in archaic ‘olde English’ and the early comics retold Norse myths, plus god of thunder anyone. Doctor Strange was my psychedelic favourite because his battles in the metaphysical world were always spectacular and Steve Ditko’s art was stunning. And of course Black Panther was up there. 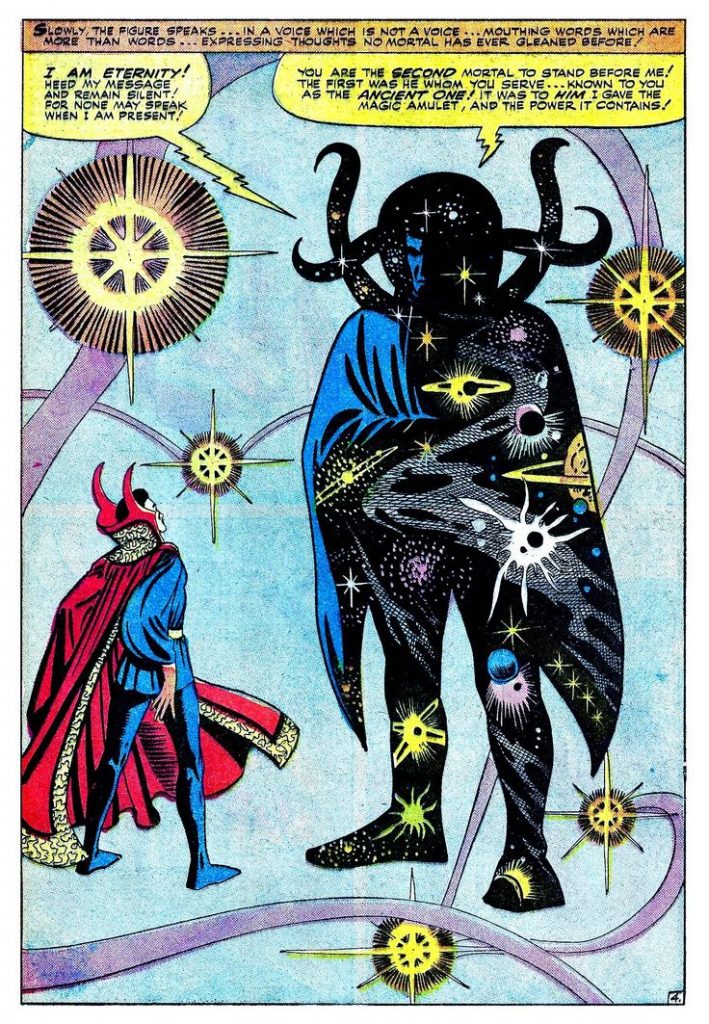 But it’s the Silver Surfer who always had a special place in my heart. From that moment when we dipped Action Man in melted silver crayon wax, to right now; he’s always been the best. I loved the film Breathless, with Richard Gere because he was also obsessed with the Silver Surfer, constantly quoting the comics. However, the Surfer has never had that massive MCU moment, but that’s okay.  And because he’s no longer popular, he rarely gets a book, so I just have to reread my favourites, but that’s okay too.

The Silver Surfer is a hero for today. He was given the task of leading Galactus to Earth so he could devour our world, but instead the Silver Surfer saw something in humanity worth saving. He despaired at our flaws, but gave his life so he could protect us because of our potential for beauty and reason and creativity. He’s always wracked with angst about the state of humanity and right now his angst seems more relevant than ever. He gets it. 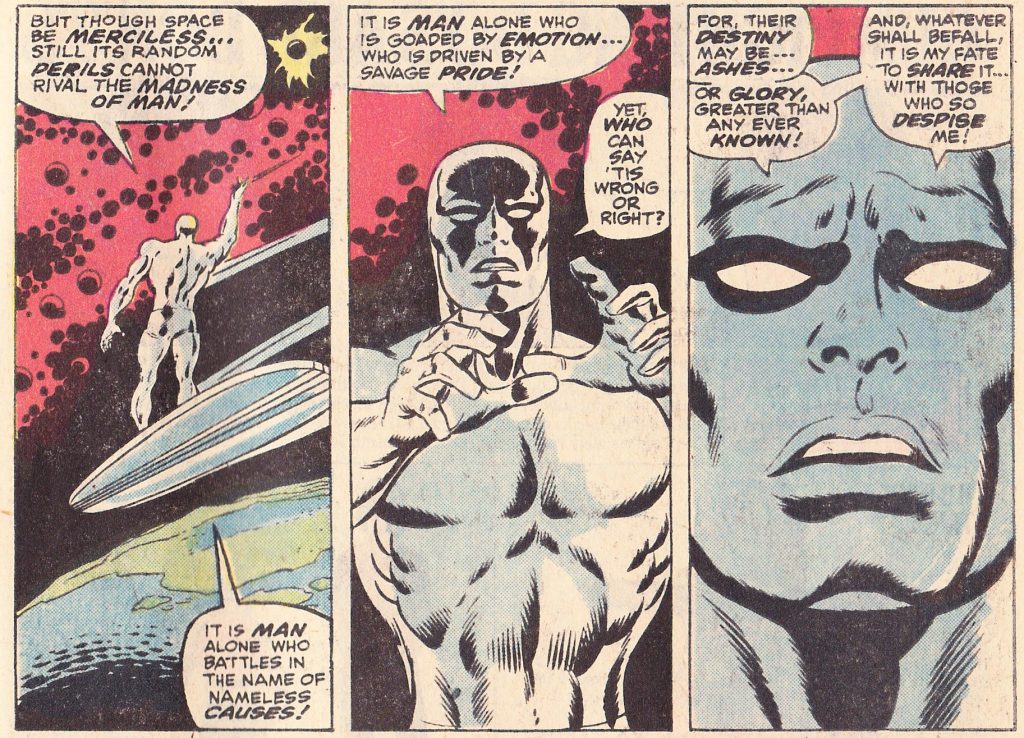 While games and comics try to embrace a wider audience, those industries struggle with the vocal minority who want to stop that progress. The toxic backlash from parts of the comics community fights for an imaginary past when their entertainment was free of politics. However, those fans forget just how political Stan Lee’s creations have always been. The Silver Surfer is the pacifist and the eco-warrior, who fights for those who can’t fight for themselves. He’s the ultimate SJW.

Anyone crying about politics in their comics forgets that Magneto, a key character in the X-Men experienced the Holocaust. Those comics have always been about the danger of labels and division and prejudice. Captain America was made to fight Nazis.

Lee’s political stance was barely subtext it was so plain to see. He was always harnessing messages of anti-racism, anti-fascism and acceptance and using superheroes to spread those ideas. He co-created Black Panther, in the 1960s and created the African utopia of Wakanda. That’s a political statement in and of itself and the source of the incredible Black Panther film, released this year.

Stan Lee wasn’t perfect. He was flawed, just as his creations were. Many of his co-creators didn’t do as well as Lee did out of their contributions to Marvel. However, he did show us that escapist entertainment can have a political heart and a progressive social message. These things aren’t mutually exclusive. Entertainment doesn’t exist in a vacuum. Stan Lee placed politics at the heart of his comics and the films and the comics keep trying to carry that mantle, with varying degrees of success.

The fact that I got to see a black Valkyrie in Thor Ragnarok made my heart soar. That little girl gasping at Action Man/Silver Surfer could have only dreamed of that moment. So, thank you Stan Lee. Excelsior!