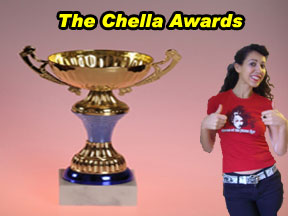 The GiN readers have voted and declared this year’s winners of the Game of the Year Awards for 2012. Some were worthy winners and others ‘ what were you thinking? So, anyway, I thought I’d come up with a few awards of my own. This is my chance to recognise some of the games that I think missed out.

Nobody expected an episodic title to take the gaming world by storm, the way that The Walking Dead: The Game has. Okay, so it had some well-documented glitches and the gameplay could do with some tweaks, but this award is for story.

In terms of character, script and making gamers really feel and care, The Walking Dead is a masterpiece. From episode one, we’re with the characters, every step of the way and the brilliant writing carries us through to the end ‘ heart in mouth.

With Journey, Unfinished Swan and Mass Effect 3 up for this award too, it’s a tough field, showing just how important story is becoming.

Journey took us to a place we’ve never been before. The sheer artistry of the design of this game tell a story and it leaves us wanting to know more. From the simple, gender-neutral design of the characters, to the sweeping desert landscapes and mysterious hints at lost civilisations, Journey’s graphics set the mood and draw you in.

Games like Halo 4 and Far Cry 3 pushed pixels to their glorious limit, but nothing looked like Journey. Nothing revelled in the beauty of simplicity quite like Journey does ‘ no explosions, no perfectly realised eyelashes or wounds, just an empty calm and dreamy sunsets over a land you wished you could see for real. That’s the beauty of Journey.

I did almost go with The Conduit (Star Child) from Mass Effect 3. Kidding, I’m kidding. This was probably the easiest winner to pick because Vaas is scary as all hell and not many gaming villains actually manage that. Usually game baddies err on the side of camp high-jinks that make little or no sense. Vaas on the other hand offers you unnerving volatility. The voice acting and visual performance of this character is outstanding, ensuring Vaas steals the show to become a villain you’ll never forget.

This was a tricky category and my winner is controversial; not just because of ‘the ending’ of ME3, but because Commander Shepard can also be played as female. I’ve stuck him in best male because that’s the default and most people probably play Shep that way.

You can say whatever you like about the ending of ME3, but the journey with Commander Shepard was epic and the character or quality didn’t falter. Thanks to Bioware’s brilliant writing, everyone could make their Shep their own, with his own loves, his own friends and his own decisions, setting him on a path from the first human Spectre to the ultimate hero. No matter what you thought about the ending, nobody really wanted it to end at all. We didn’t want to say goodbye to Shepard and that’s the sign of a great hero.

This category was beyond hard because there just aren’t that many female leads to choose from, which is something the industry needs to take a long, hard look at. Two of my nominees are children for heaven’s sake ‘ that’s a sad state of affairs and I’m hoping for better in 2013. Commander Shepard makes it again in the nominees because 2012 saw the launch of the fem Shep. If I’ve left any female leads off this list, I’d love to know, so drop me a line.

My winner is Cortana because she quite simply stole the show from Master Chief. She was the beating heart of Halo 4 and ironically, it took the AI to be ‘dying,’ to give the Halo series some sense of human tragedy. The performance was brilliant and carried the player through the game. All applause goes to 343 industries for giving Halo such a noble reboot and injecting true emotion into a relationship gamers have come to treasure.

Most Played: Ni No Kuni: Wrath of the White Witch