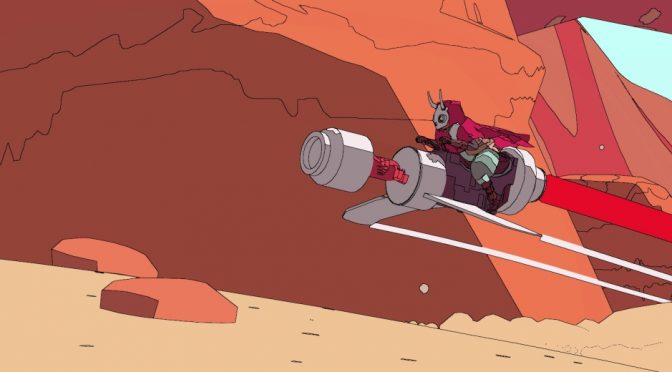 I wasn’t expecting to see much in the way of indie games at E3 2018, purely because this conference sat in that mid-generation slump. The indie/console manufacturer love-in usually wains a bit by this time in the console cycle. The player base is established, so it’s all about churning out the safe AAA sequels, rather trying to lure early adopters with the weird and new.

Whilst the main conferences focused on the bigger games, there were still some indie gems to be found at this year’s E3. Here are a few of the indie games I’m looking forward to, as the dust settles on LA.

Donut County is a solo project from Ben Esposito, who was part of the teams behind indie classics What Remains of Edith Finch and The Unfinished Swan. This alone should make this a game worth checking out. The key mechanic of Donut County is a hole in the floor that can be moved around to consumer objects. The hole grows the more falls into it. In addition, there are consequences, depending on what you decide to eat with the hole.

You play as a racoon, who lives in a gorgeous, low poly world rendered in soft pastels, inhabited by anthropomorphic animals. It’s a wry look at the world and consumerism all wrapped up in a clever puzzler.

Donut County is now also famous for being the latest game to be a victim of cloning. Before it’s even had a chance to release, Esposito tweeted how the mobile game Hole is basically a copy of his key mechanic that’s been churned out for a quick profit. Hole is now sitting at the of the App store charts. Donut County looks like more than just a cool mechanic, with a focus on narrative, so show it some love at launch.

A fox with a sword in a colourful, soft-focus isometric world. Take one look and you’ll fall in love with Tunic, a games that resembles old school Zelda. It’s got the sword-swishing, pot-smashing action of Zelda, but also borrows some of the atmosphere and mystique of games like Rime and Monument Valley. A win-win combo.

Openworld desert exploration game. A game about solitude and exploration, playing as a girl called Sable who travels around the desert on her hover bike learning about the people and the cultures in the world. The visual style borrows heavily from bande desinee(French/Belgian comics) artist, Moebius, in the best possible way. It looks incredible and promises a quiet and intriguing experience.

Forget Cyberpunk 2077, which only managed to tick the most predictable boxes for the genre. Instead, the cyberpunk game I’m looking forward to is Neo Cab. Playing as Lina, a human cab driver in the futuristic, fictional city of Los Ojos, players pick up passengers and interact with them. When Lina’s friend disappears, conversations with passengers reveal clues to the mystery.

The game is drenched in the neon pinks, blues and purples you’d expect from a cyberpunk aesthetic, but it’s also peppered with people of colour, a wide mix of characters with interesting backgrounds (so not your usual cyberpunk). It has some great writing talent behind it and I’ve been told by one of the writers that it’s focused on empathy and kindness. Definitely keep your eye out for this one, early next year.

Because one game based in a cab isn’t enough, Night Call also caught my eye. This is a noirish narrative mystery game set in Paris. Playing as a both a cab driver and an investigator, you make dialogue choices to try and uncover clues. However, sometimes the two protagonists have different goals, building interesting tension into the game. Expect gorgeous black and white graphics – heavy on the black – in the style of Sin City. One to watch.

Let’s all meet up in the year 2000 – it was basically back to the noughties at E3 2018 with the return of samurai and ancient Japan, plus the return of the skateboarding game. Microsoft revealed a trailer for Session, the Kickstarter game from Crea-ture Games.  It’s not breaking new ground. It’s got all the hallmarks of a skateboarding game; low-fi hip hop soundtrack, urban settings, hyper realistic graphics, plus the rumble and clatter of skateboards. This looks like a really solid skateboarding game. As someone who spent a whole summer just playing the Tony Hawk’s Skateboarding demo, I’m looking forward to this. Like totally.