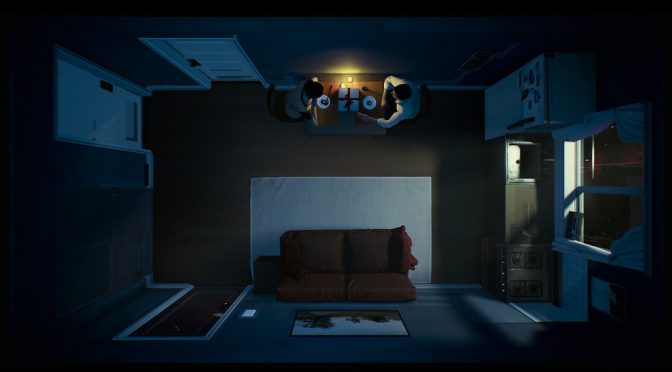 This week I’ve been playing a lot of Golden Glitch Studios’ point-and-click Shakespeare-em-up, Elsinore. A conversation-based adventure game, Elsinore casts you in the role of Ophelia during the final four days of the events of Hamlet. Folks familiar with the play may recall that those four days don’t actually go particularly well for Ophelia, but the game makes a few changes to Hamlet’s plot, firstly reimagining Ophelia’s death as a cleverly disguised assassination plot, and secondly introducing a time-looping narrative in which each time she dies, she wakes up in bed on Thursday morning and begins again. These alterations are welcome, although one does wonder about the play-accurate going-mad-and-drowning simulator we might otherwise have had.

Ophelia resolves to try and prevent her own demise, which seems a fairly sensible move under the circumstances, but being assassinated is only the start of her problems – after all, Hamlet doesn’t end particularly well for anyone else, either. Armed with new knowledge gleaned over the course of each loop, the player can drastically change the progression of the story, reaching different outcomes and exploring or changing the paths of other characters (Lady Rosencrantz and Lady Guildenstern being a particular highlight) through Elsinore’s surprisingly complex social simulation.

It’s a great idea for a game. Hamlet is already a tale full of what-ifs and could-haves, and giving a player the ability to find out what might happen, for example, if Hamlet was encouraged to be just a touch more proactive in his revenge plans is very rewarding. Time loops are a perfect tool for exploring stories and worlds at a deeper level than linear storytelling allows, and it seems like recently a few other developers have cottoned on to this. Mobius Digital’s Outer Wilds (not to be confused with Obsidian’s upcoming The Outer Worlds) extends the concept to a whole physically-simulated solar system – one which will be annihilated 22 minutes after the game begins, and will continue to discontinue over and over unless the player can use that time window to figure out why and prevent it from happening. The upcoming 12 Minutes takes a different approach and scales the scenario down to a single apartment, asking the player to solve a murder mystery and prevent a shooting in about as much time as it takes to make beans on toast.

Of course, film and television have been exploring the concept of the time loop for a long time. Netflix recently found success with the outstanding Russian Doll, which sees Natasha Lyonne trapped in an Elsinore-type loop which resets every time she dies. Before that, Edge Of Tomorrow dropped Tom Cruise into a continually resetting alien war. Before that, Jake Gyllenhaal relived the eight minutes before a train bombing in 2011’s excellent Source Code. 2007’s tightly-constructed Timecrimes is one of my personal favourites – a sci-fi thriller which follows a middle-aged everyman experiencing the same hour from three different perspectives in the quiet, beautiful Spanish countryside. And of course, way back in 1993 we got the definitive time-loop movie, starring everyone’s favourite comedy actor – Jonathan Silverman in 12:01, a beloved masterpiece which requires no further description.

With temporal recursion scenarios being so prevalent in film, it’s a surprise we haven’t seen them crop up in videogames more often. The Legend of Zelda: Majora’s Mask is perhaps the most high-profile game to explicitly use the concept in both a narrative and mechanical fashion, but up until the recent spurt it was difficult to think of many other examples – Suda51’s PS2 and DS adventure Flower, Sun and Rain was a notable early time-loop game, and the wonderfully preposterous Zero Escape series touches on the idea in its own unique way, but the idea has hardly permeated the artform. Which is odd, because the loop mechanic has been with videogames since the beginning. What’s more core to the classic game experience than dying and starting over? No matter how deep a pit Mario falls into, his eyes always blink open back at the beginning of the stage, ready to avoid the trap next time. Heck, boil it down enough and Edge of Tomorrow is just an adaptation of Space Invaders. And you thought there were no good videogame films.

Some games even explicitly take advantage of those mechanics, requiring you to learn levels through trial and error to succeed. In Hotline Miami, later levels are near-impossible to beat on a first try, or a second, or a third. The game wants you to fail, to learn where the next attack is coming from so that you can react to it before it happens. By the time you’ve learned enough to finish the level, you’re ready to do so in a ballet of ballistics worthy of a John Wick movie. Super Meat Boy pulls the same trick – harder levels require repetition and practice to get those tricky jumps just right, and the run that finally succeeds makes the player feel almost superhuman. Compare with the scene in a whole lot of time-loop movies where our protagonist casually strolls through a gauntlet of challenges and obstacles – whether it’s crossing a busy road or dodging incoming alien artillery, our hero has learned enough to be untouchable. Hotline Miami and Super Meat Boy aren’t really time-loop games, but… aren’t they, though?

So, will this sudden burst of looping games be the beginning of a new sub-genre? Elsinore and Outer Wilds have both met with critical praise, so perhaps we’ll see other developers take on the idea. I certainly hope we do – it’s a narrative concept that particularly appeals to me. For example, this week I’ve been playing a lot of Golden Glitch Studios’ point-and-click Shakespeare-em-up, Elsinore. A conversation-based adventure game, Elsinore casts you in the role of Ophelia during the events of…