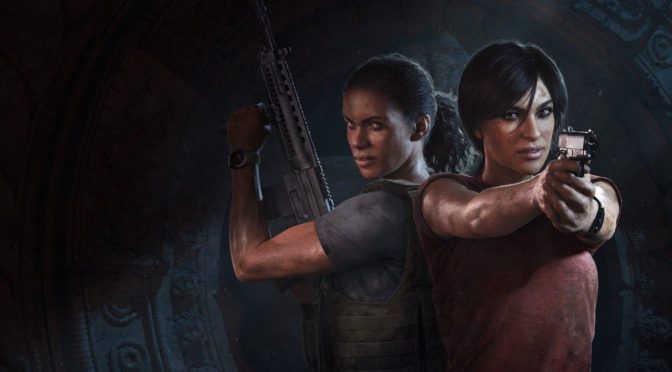 I’m totally in favour of shorter video games and here’s why. Once upon a time, I could while away an entire weekend or even entire weekdays playing games, but no longer. What happened was, I got a job and hobbies and decided that regular exercise had to be part of my life. The cruelty of my predicament is that there are probably more games than ever that I want to play, but my time is limited. When time is short, short games are the way forward.

This week, I was chairing a panel at Future Play, the digital part of the world famous Edinburgh Fringe Festival. My panel was on Gender in Gaming and during the discussion, someone mentioned the length of games as a hurdle for women, which I thought was interesting.

When it comes to gender, men statistically have more free time than women. As the most likely carer of kids and elderly relatives, women have less time for themselves, in addition to gendered household roles, such as cooking and cleaning eating into their spare time. Add to this, the fact that games are primarily marketed at teenage boys and it’s no wonder that games are sprawling, life-eating affairs.

I attended a Future Play panel on interactive narratives, with panellists from Failbetter, Nyamyam and Image & Form games studios. During the discussion, the topic of shorter games came up again. As indie studios, it’s maybe no surprise that they all favoured shorter games. Epic titles need large teams and large resources, both of which are lacking for most indies.

Interestingly, one panellist lamented the length of some  AAAs, stating that although they enjoyed The Last of Us, it could have told the same story even if it had been 20 hours shorter. And I’m inclined to agree.

On leaving school or university, not many people have 50+ hours to spare on one gaming experience. Fortunately, the rise of the indie game and masters of the episodic, Telltale, have heralded an era of shorter games. I’m hoping AAAs will take note and shake off the idea that to justify their high price, they need to be long.

August has had a particularly busy release schedule, but fortunately Tacoma and Hellblade are both on the shorter side, with Fullbright’s space tale coming in at around six hours. This week, Uncharted: The Lost Legacy hit and sits at around the 10-hour mark, delivering a tight, compelling story.

I’m all for rich, detailed worlds with lots to explore, but too many open world games simply pad a fairly simple experience. I do enjoy the Assassin’s Creed games, in theory, but as the years go by each iteration seems to collect more clutter.

Open the map of any number of series, from Arkham to Far Cry and you’re greeted by a mass of symbols, each vying for your attention. It’s a neat way to distract you from the main mission, under the guise of adding depth, but really it’s just distraction to add an extra 30 hours of playing time. It’s all about justifying that £60 price tag.

If you like side quests, then all power to you. Collect those feathers and talk to that guy beckoning you from a doorway, only to be charged with finding his lost relative. But for most people, this translates as a pile of half-finished games. Worst case scenario, people just stop buying new releases, knowing that they’ve still got 20 hours left on ‘Epic Mage Quest II’ and they have to finish it before ‘Epic Mage Quest III: Obsidian Wars’ comes out.

The most puzzling thing is a review that marks a game down for being short. I don’t understand that. It’s not something we do with books or films, so why do games need to garner praise by virtue of being long. The GTA bug swept through the industry, but I think it’s time to let short games share the spotlight.

Gamers grow up and that means they have more money to spend on games, but less time to play them. This means trying to sell 30-hour games to adults with families, jobs, social lives and hobbies, as well as Netflix and Amazon Prime is a difficult task. In contrast, the likes of Journey, Gone Home or an episode of Life is Strange can be finished in a weekend. Even the new Uncharted  offers an attainable 10-hour goal, which can be finished over a few nights of play.

One of the most important things said on that interactive narrative panel was, ‘games need to be respectful of the player’s time’. It’s time to cut out the pointless filler and focus on tight, well paced, well-crafted games. The average gamer isn’t a teenage boy, they are actually a 40-something adult, who doesn’t have the time many games expect players to put in. Short form games could deliver a meatier experience without a flabby middle or disappointing ending, at a lower price point, which means they could reach a wider audience. It makes business sense and it makes creative sense.

Until AAAs catch on, indie developers are reaping the rewards of a mature audience who are happy to spend a couple of evenings on games like Firewatch and What Remains of Edith Finch. Games that take creative risks and don’t require an enormous time investment, but still deliver a satisfying and rich experience for the price of a cinema ticket. Sometimes, less is more, even when it comes to games.