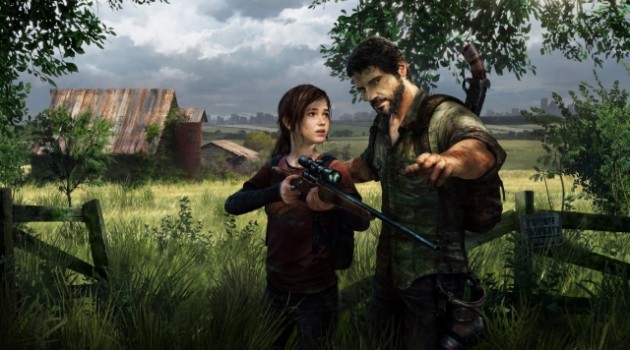 Once upon a time, you played a game, you levelled up, ready to  face the final boss, right at the end. You collected health packs, studied the attack pattern, killed the boss, everything exploded and your character ran away, dodgy falling masonry or meteors or what not. The world was saved, the treasure was yours and the aliens went home – the end. Not, so, anymore, dear play chums. These days, gamers have to grapple with ambiguous game endings.

Up until lately, things have been pretty black and white, in the world of games. Aliens bad, big guns good, kill everything to win. But games are telling more complex stories these days. It’s not just about killing the bad guys or saving the world, any more. With the likes of Her Story, we’re dealing with ambiguous tales that don’t tie up all the loose ends. And sometimes gamers don’t know how to take it.

I’ve just finished playing Firewatch, but via internet osmosis, I knew that people thought the ending was ambiguous.  Although the main story seems to be wrapped up, the end of Henry’s adventure does leave some unanswered questions.

I love a bit of ambiguity because it leaves me with something to chew on. I like David Lynch films, so I can take quite a high level of cryptic, but it’s not to everyone’s taste, especially as gamers are used to dealing in absolutes.

Firewatch had me questioning myself all the way through. Do I trust Delilah, and who keeps wrecking my stuff? I’m not entirely convinced by the Firewatch ending. It’s ambiguity comes more from the fact that it doesn’t really work as a story, as well as leaving too many loose ends. It did make me think about game endings and how they’re changing.

The Last of Us is probably the most successful ambiguous ending I’ve come across in games. Not only do we get the big, final mission ending, with guns, a daring escape and end of humanity type situation, we also get the epilogue. And it’s here that Naughty Dog deals their trump card. It all ends with Joel’s lie, leaving us not knowing  how Ellie will react or if she knows, but decides to pretend she doesn’t.

Nothing is really solved, by the end of The Last of Us, but that’s what makes it resonate long after the credits roll. What are they doing now? Did they survive? Did they have a row and part ways? How could a world that dark ever be resolved into a neat ending? Answer is, it can’t and that’s demonstrates how Naughty Dog understand storytelling so well.

Her Story is another game that makes you work for the narrative rewards. Many people found it all too open ended, but sometimes it’s good to get to the end and go ‘but, wait…what?’. Sometimes the story is part of the game and that means we don’t get a neat bow at the end.

We’re never sure about Hannah/Eve’s story. Instead Her Story trusts the player to make their own mind up and that’s a significant step for games. We’re used to being led, in terms of narrative. Even in openworld games, where we create our own play, there’s still an overarching story and mission to complete. Games like Her Story and The Vanishing of Ethan Carter only lead you so far and then you decide what just happened.

As gamers, we’re so used to getting to the end or unlocking the end ‘thing’, that it’s hard to let go of that need to complete. Sometimes, a story just ends and that’s okay, as long as the journey was worthwhile.

It’s worth noting that not all ambiguous endings work because they throw away  narrative threads that were set up along the way, leaving the player feeling cheated. Or they just don’t make any sense or ignore the tropes of the genre they’ve exploited.

Let’s face it, games have never been great at endings, but I’m glad we get to do more than just ‘blow up the Death Star’, these days. Now we get to ponder and debate what just happened. That means we’re getting more, different, richer, varied stories – and, even better, we get to decide how it all ends.