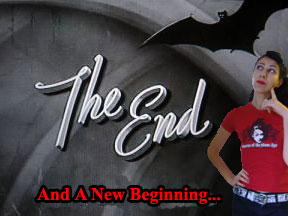 Well, dear play chums, today is a monumental day, as we bid farewell to the GiN Playmate column. It’s been over eight years since these columns began and a lot has changed in that time. The bad news is that the GiN Playmate is no more. The good news is, you can’t get rid of me that easily. My column is getting a mini makeover, from the old Playmate column to the brand new EuroFiles. We think the new name is a better reflection of what I do here at GiN, less pole-dancing connotations and more about gaming news from Europe.

To celebrate this moment of out with the old and in with the new, I thought I’d take a look back of some of the good times we’ve had together.

It all began back in around 2002. I can’t quite remember my first column, but I’m almost certain it blew the lid off the industry and we haven’t looked back since. One thing I do remember is that I caused a bit of a flurry on forums with my R.I.P. Mario column, which called for a cull of crappy Mario games. Some agreed, but mostly Nintendo fanboys cursed me.

Looking back at the industry then, I was one of the few women on the scene, especially when it came to journalists. Female reviewers and commentators were thin on the ground and so the GiN Playmate was born, as a post-modern comment on the situation. I’m happy to say that today we have more high profile women on the scene and many other games websites now have women writers, but GiN really led the way. With more women about, we’re feeling that the Playmate title has to go – it’s of another era.

Looking back, 2002 doesn’t sound like all that long ago, but reading some of my old columns brings back memories of games I’d forgotten. Harvest Moon was on top of my GBA must-play list. Now this has a two-fold blast from the past. Remember GBA and fast forward nine years to the 3DS – now you get eye strain, as well as thumb strain. Ah, don’t you just love progress. And in the post-Farmville world, Harvest Moon seems so quaint and olde worlde.

Back in the early days of my column I was playing Burnout on the PS2. Oh how I loved crash mode and now I’m thinking how much I’d like to play it again. These were the days when Tony Hawk’s Skateboarding was a new and exciting series, not a flogged horse. Halo was heralding the era of the FPS, GTA: Vice City gave us open world gaming and Medal of Honour hit shelves, along with two new consoles: the Xbox and GameCube.

As we geeks suffered through the annual release of bad Star Wars prequels, we were enjoying a truly great age of gaming. And nine years on things aren’t looking too shabby for us now. We’ve got three great consoles, each offering something different, and exciting new technology to play with. From the proliferation of tablets and touch-screen-everything, to the seemingly relentless push for 3D and the launch of controller-free gaming with Kinect, our world just keeps getting better.

So it may be farewell to the GiN Playmate, but we’ve got many more adventures in the world of gaming to undertake in the guise of the EuroFiles.