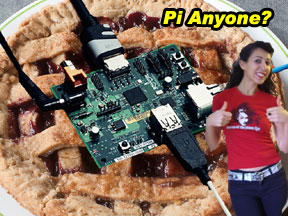 When I look back on my computer science lessons in school, it was all about binary and black screens with green writing. It was all very War Games, only we never got to play a game. And if you did want to play a game it involved a big book of code, a lot of whirring and rattling and then maybe, just maybe, the game would run. Ah, nostalgia.

Back in the 1980s, I remember the posh kids had BBC Computers, which were adopted by schools, and the cool kids had ZX Spectrums and Commodore 64s. Today, school pupils get taught on whiteboards and laptops and probably know their way around Excel and PowerPoint better than I do (wouldn’t be hard). When it comes to software, today’s youngsters can run circles around the 80s kid, in his drainpipes and ‘Frankie Says’ t-shirt. But those kids of yesteryear became the bedroom coders who became the game designers we know and love today.

In contrast, we now have a generation of kids who are said to be inseparable from their gadgets, capably navigating their way through a digital world. They are the most digitally connected generation ever, but many of them are mystified when it comes to understanding the magic behind the screen and inside the box.

Enter stage left, the Raspberry Pi, a new British computer. Nothing interesting in that, right? Well, how about if I tell you that it costs just £22 ($35)? And that it sold out on day one? What if I also said that it is about the size of a credit card – child-sized one might even say? It’s about as powerful as a smartphone, but it’s a bare board with a couple of USB ports and most importantly, it lets you play with the stuff behind the scenes.

One of the minds behind Raspberry Pi, is David Braben, the Britsoft developer best known for Elite and most recently Kinectimals. Braben’s latest venture was developed together with Eben Upton and other Cambridge University academics and aims to encourage a new generation of programmers.

Braben is keen to ensure that kids are creators of digital technology, rather than mere consumers. The Raspberry Pi is designed to be affordable enough to distribute in schools, allowing children access to a piece of kit they can tinker with to get their first taste of programming. But Braben is not the only one keen to get kids programming.

Last year, Iain Livingstone, Life President of Eidos, was part of an independent review that revealed a complete lack of computer science being taught in UK schools. The review looked at what the UK needs to do to become the world’s leading hub for video games and visual effects.

The study found that after forging a successful generation of programmers with support from the education system in the 1980s, just years later the UK turned its back on programming and focused on a new subject called Information and Communications Technology (ICT). The report said that the games and visual arts industries "suffer from an education system that doesn’t understand their needs. This is reinforced by a school curriculum that focuses, in ICT, on office skills rather than the more rigorous computer science and programming skills."

In addition, Livingstone said, "Whilst useful, in teaching various proprietary office software packages, ICT fails to inspire children to study computer programming. It is certainly not much help for a career in games."

Six years in development, Braben hopes that the Raspberry Pi will be gear change the UK needs to nurture a new interest in programming and a future pool of talent for the games industry.

The first few thousand Raspberry Pi units made available sold out on day one, and the website is still reduced to a static holding page due to traffic. This all indicates a huge interest in the diminutive machine.

Let’s just hope the kids do get their hands on this neat bit of kit, rather than just aging geeks harkening back to the good old days of their ZX Spectrum.