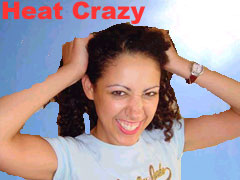 Well, it's official! There is absolutely nothing happening in the games industry at the moment. I know your hearts are sinking, eyes glazing as you contemplate the prospect of the next 700 words of absolute garbage.

"Good grief, what's she going to come up with this time?" I hear you wonder. Well, prepare to be amazed. No, actually, don't, you'll only be drowning in bitter disappointment.

When I say nothing, I don't mean literally nothing. Sure we're being drip-fed next gen information. But is it just me, or is that just a one-way ticket to yawnsville after about er"a day!?

Don't get me wrong, I am excited about the next gen. It's going to be great and we get a new DOA and a new DOA Xtreme Volleyball, except it's more than just volleyball. And if it includes badminton, I'll be one happy bunny. Maybe stone skipping too and more sports you only enjoy when you're on holiday. And the graphics will be prettier and we'll all be swooning with delight at the wealth of sequels, sprinkled with a smattering of original titles.

All we need to do now is wade through the hype and PR one-upmanship in the run up to launch.

So here we are, halfway through the summer and the news pages are idly announcing movie tie-ins.

In the midst of this inactivity, one thing has riled me. It's got my goat dear play chums and irked me somewhat. I know, you're asking, "what has got our mild-mannered columnist from London so hot under the collar?"

Well I'll tell you dear play chums. I want to know why Europe is still waiting for the launch of the PSP.

If there is somebody out there who knows why, then please, please explain this to me. I fail to understand how a machine that was released in Japan in December of last year is still not out in the UK. Yes, that's right; last effing year!!

I mean, for god's sake, what are they doing? Swimming the machines over here? You US guys have had it since March and I expect you didn't even realise that we still don't have it. As you'd only expect a number of enterprising UK websites are selling Jap and US machines, much to Sony's chagrin.

Well, you know what Sony, there's one way to stop all these "grey imports." Pull yer finger out, stop bleating about lost sales and flipping release the bloody thing!!

I told you I was riled. It's not because I'm desperate for a PSP. If I was, I'd have bought an import now and be as happy as Larry, or Barry maybe (have you ever thought Barry might be happier than Larry). I don't even want a PSP, but I do object to this constant trying of the British consumers' patience.

Yes, we have the good old British stiff-upper lip, which means we can stand most things. But having to wait for EVERYTHING means we're on the brink of giving Sony a stiff-upper biff on the nose.

And another thing; Shadow of the Colossus – the follow-up (not sequel) to the gorgeous and unrivalled Ico – is another case in point. It comes out in the US in September and hits the UK in Spring 2006.

Right, now bear in mind that this game is for PS2. And by Spring 2006 the frigging PS3 will be out!! Is everybody on crazy pills or does this just not make any sense? And if anyone says "localisation" I'm gonna spit blood.

So now, I'm going to have to buy a US PS2, purely so I can play Shadow of the Colossus while it's still relevant. It's not much to ask is it!?

I can get to Paris in a train that goes under the sea. I can talk to a friend on the other side of the world using my webcam. I can take pictures with my phone and CDs are on the way to becoming a space consuming obsolescence of the past. But I still have to wait six months and sometimes more for an item that is on sale everywhere else in the world.

What can I say dear play chums, the world's a crazy, topsy-turvy, mixed up place.

Most played: I spy in car on way to holiday destination

Most wanted: Stubbs the Zombie