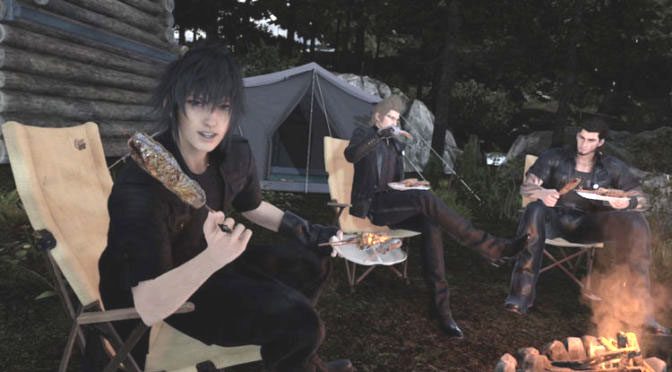 E3 2017 roundup:  It was one of those years when everyone at E3 had a solid show. Nobody dropped the ball, like Microsoft has in the recent past, but nobody really sent shock waves around fans and the industry alike, like the Shenmue 3 announcement or any Metal Gear trailer ever.

E3 seems to start earlier every year, with publishers pushing their press conferences to the weekend before. EA kicked things off, but with no big announcements or news of the Amy Hennig/Jade Raymond Star Wars project, it didn’t set the bar particularly high. This left the way clear for the big three to steal the limelight, but they didn’t.

Microsoft should have been the talk of the town, as the only one with new hardware, in the shape of Xbox One X – a name worthy of a men’s razor.  It seems they may have overvalued 4k gaming. The box itself is unremarkable, but the graphics do look incredible. However, at $499, I suspect only a select core of graphics obsessives will be ready to pay the hefty price for games you can already play on Xbox One.

Whilst news of the One X didn’t light up the internet, Microsoft had a really solid lineup of games, from Forza Motorsport 7, which looked divine in 4k to an Ori and the Blind Forest sequel. Xbox One finally has some of the exclusives it deserves, with Sea of Thieves and then some “console launch exclusives”, which is the latest vague term for not really exclusive. Sony is equally guilty of this one.

Sony’s show was straightforward and businesslike. Less talking and more trailers, with a sprinkle of theatrics, such as traditional Indian musicians, a sand waterfall and snowfall over the audience. There were very few exclusives for PS4, though and no surprises, apart from the Shadow of the Colossus remake and a few promising VR titles. From the solid line-up of games and little fanfare, it’s clear that Sony is feeling comfortable with its sales lead. But hopefully it will come out all guns blazing next year.

I wish Nintendo would come back to E3 with more than just a video. There were no puppets this year and no big announcements, apart from Metroid 4, with no trailer or visuals. In short, Mario Odyssey and Breath of the Wild DLC will have to keep Switch owners amused. Whilst they both looking glorious, Nintendo needs more than just first party regulars to get people to invest.

Ubisoft really stole the show with a diverse, fun and emotional conference. Aisha Tyler was sadly missing and I hope she’s back next year. Sadly Mario + Rabbids was leaked before the show, otherwise this would have been a big announcement, as the Ubisoft/Nintendo love-in took centre stage. Next up was Assassin’s Creed Origins, with Ashraf Ismail  presenting AC’s ancient Egypt setting, which looks like a welcome return to the roots of the series.

Far Cry 5 was there to satisfy the other AAA franchise slot, but otherwise Ubisoft was all about risky new things. Apart from Mario + Rabbids, there was a really interesting VR reveal, with Transference, produced in partnership with Elijah Wood. And to top off the show, Beyond Good and Evil 2 is finally green for go. We thought it would never happen, but after nearly 15 years, Michel Ancel was in tears alongside narrative director Gabriel Shrager. It was emotional.

That Beyond Good and Evil 2 trailer was a success on so many levels, despite many people objecting to the swearing. Some thought it was too much, some liked it. Having played the original, which was a family-friendly adventure, the swearing was jarring, but I’m sure I’ll get used to the new, grittier tone.

In terms of diversity, Beyond Good and Evil 2 hit the right note. The trailer featured a black woman, complete with beautifully rendered natural hair, which is a rare thing in video games, so let me have this moment. And not content with one woman, they threw in another one with the same green eyes we all know from Jade. However, she’s not Jade, as this is a prequel, so I’m intrigued. Check out the full Argue the Toss discussion for more on that.

Without Watchdogs, Splinter Cell or its staple AAA catalogue, Ubisoft showed that it was willing to take some risks. And so far, they’ve paid off, if the buzz is anything to go by.

None of the conferences focused on indies as much as they have in recent years. Microsoft probably had the most to offer with Ashen,  Life is Strange and Ori and the Will of the Wisps, which seems like a strange rehash of will-‘o-the-wisp. EA’s A Way Out from the Brothers developers was a surprise among the sports games, but otherwise it was sadly lacking. Even Ubisoft seems to have abandoned the Ubiart venture that gave us Child of Light and Valiant Hearts.

Notable absences were new Kojima project, Death Stranding, and Red Dead Redemption 2, however we did get news of a Final Fantasy VR fishing game, so all is not lost dear play chums.

2 thoughts on “E3 2017 Roundup: a solid show for Sony and Microsoft as Ubisoft dominates”