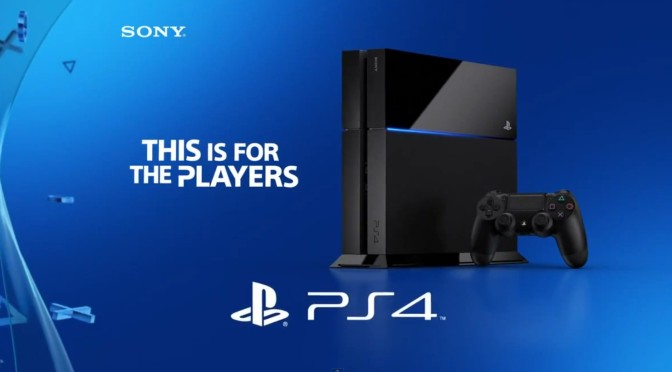 Rumours of PS4K have been doing the rounds for months, but in the last week, the rumours have begun to sound like an inevitability. More and more sources are coming forward, with Eurogamer the latest to confirm that a mid-generation is a reality and it’s called PS4K.

In case you’ve missed the memo, PS4K (once PS4.5) is an enhanced version of the PS4, designed to support 4K video and deliver a better VR experience. The real question is, why would Sony risk dividing the PlayStation community with two tiers of PlayStation 4?

The beauty of being a console owner is that you get a box that sets you back a fair sum, but you know it’s going to run games for the next five to seven years, potentially. Unlike a PC, a console won’t need an upgrade to run the latest GTA and games will probably look better by the end of the console’s life cycle, as developers get the most out of the machine. In addition, gamers can enjoy their console knowing that every other PlayStation or Xbox owner is getting the same experience – it’s a democratic way to play.

Now, let us consider the launch of PS4K. Don’t mistake this for a slimline version with a new look. No, this is an upgraded console, with better specs, designed to boost gaming performance. That means the embedded PS4 community will be left with a lower spec machine, after supporting what has been one of Sony’s most successful launches ever.

The launch of PS4K would completely derail one of the best reasons to own a console – everyone has exactly the same  gaming experience a number of years. Take that away and you may as well play on PC, where the games are cheaper and you can take a more flexible approach to upgrades, when you can afford them.

The console model is out of step with the rest of technology. Just look at the infinite updates on phones, cars, TVs and all other gadgets. Nobody expects to buy the latest iPhone and keep it for seven years until the next one comes out. Technology just moves too quickly to expect that to happen. But that’s what we expect from consoles.

It’s not just Sony that’s beginning to look for another way, Microsoft’s Phil Spencer has already hinted at a mid-generation XboxOne.  He said, “In other ecosystems, you get more continuous innovation in hardware that you rarely see in consoles because consoles lock the hardware and software platforms together at the beginning and they ride the generation out for seven years or so.

“We’re allowing ourselves to decouple our software platform from the hardware platform on which it runs. We’ll see us come out with new hardware capability during a generation and allow the same games to run backwards and forward compatible…”

With PS4K looking like the first mid-generation console upgrade, I’m assuming that Sony will ensure that games run across both SKUs. Even so, PS4 owners will know that they’re getting an inferior gaming experience. Added to that, how long would the ‘old’ PS4 be supported, in favour of PS4K or even the next iteration? And what if developers what to create PS4K exclusive titles?

According to Eurogamer’s technical analysis of possible PS4K options, it can’t see how Sony can deliver a 4K upgrade at a reasonable price. The argument is that the PS4K technology will be held back by the sheer fact that Sony has to support the PS4 because that’s where its player base is, currently.

It seems astonishing that Sony is willing to gamble its significant market lead on a mid-generation console, which will leave early adopters of PS4 feeling cheated. The last 12 months on PS4 haven’t exactly been overwhelming, but with exclusives, such as Uncharted 4 and No Man’s Sky incoming, news of a console upgrade is very poorly timed, indeed.

The only way Sony could appease existing PS4 owners would be to offer them a very competitive upgrade deal. Somehow, I don’t think that’s on the horizon.