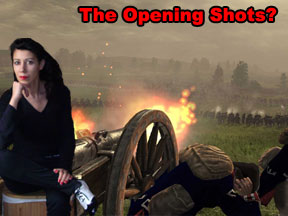 It’s already been quite an eventful start to 2013 for the games industry. Sadly, THQ is currently fighting for survival and games retail continues on its three year slump in sales. Of course, the New Year also heralds the launch of the next generation of consoles, with an Xbox 720 announcement mooted for E3 2013 and Sony still playing coy and bashful, but also expected to announce something this year. However, this week a Sony patent hit the headlines and rumours of a move to block pre-owned games on PS4 have resurfaced, making retailers and gamers twitchy.

Sony is looking at ways of tagging game discs, once they are put into a console, tying a game to that machine. This could mean gamers wouldn’t be able to lend, sell or trade-in a game. Sony sees this as a move to protect profits for itself, publishers and developers. However, it would serve a fatal blow to games retailers and in an era of economic hardship, it could see gamers having to pay more to enjoy the same level of gaming.

The theory is that by getting rid of pre-owned games, consumers will be forced to buy the same number of games new. The reality is more likely to be that gamers will buy less games and pick and choose the titles they do splash out on. This could lead to a decline in games sales, rather than the hoped for increase.

The games industry seems to be obsessed with clamping down on the used market, while other sectors just accept it and move on. When a consumer buys a product, they expect to be able to lend it, keep it or sell it, as they see fit. This is true of houses, cars, washing machines, pets, books and shoes. Why are games so different?

The argument is that the sale of pre-owned games cuts into the profits publishers make. By selling used games, consumers and retailers are somehow stealing from publishers and developers. This assumes that the same gamers who trade-in titles would be willing to spend more to play the same amount of games.

What the games industry seems to forget, or conveniently ignore, is the fact that a healthy used market, actually feeds back into the new games market. A gamer can buy a new title for ’50 and then trade it in to reduce the amount they spend on the next new title they buy. The publisher still gets the full ticket price, but the real cost has been reduced for the consumer. This means gamers will play through and buy more games because the faster you can trade something in, the higher return you get for it. In addition, the more games a consumer plays, the more likely they’re going to find a title or series they like, priming them for sequels and ensuring they are there on launch day to buy the next title.

Let’s face it, ’50 is no small amount of money, so gamers are understandably risk adverse. If they have no way to recoup the cost of a new game, then surely consumers will just choose to buy fewer games. They will stick with what they know. That’s a fast road to lost sales, as opposed to trade-ins, which drive sales.

So let’s imagine that Sony’s patent go ahead, what then? Does Sony launch PS4 as the only console that won’t let you play pre-owned games? I could see gamers voting with their wallets and turning to Microsoft to benefit from a console that gives them more choice. The other option is that Sony, Microsoft and Nintendo team up and all decide to put an end to pre-owned. But considering that the Wii U is out already, that’s not going to happen. In addition, Microsoft would be fools not to capitalise on a Sony decision to ban pre-owned games, by luring disgruntled consumers to its console and stealing a big chunk of PS4’s market share.

The only way the ban on pre-owned would work, is if Sony implemented a successful digital trade-in and rental system for console games, giving gamers the same level of choice as they have now. This need for vice-like control of the market, makes the games industry seem anti-consumer and willing to exclude those on lower incomes, who may not have broadband connections or the cash to buy every game at full price. And then, that’s where the hackers come in. Give a hacker a challenge and they’ll come out all guns blazing, rendering the whole effort a waste of time and pushing the used market underground.

The industry seems to like to equate the used games market to piracy or fraud, but it’s not. It’s just called a free market and allows consumers to keep prices realistic by giving them choices. They have the choice to buy new, buy used or sell a game and they can also choose not to buy a game if it’s too expensive. That’s not stealing from publishers or piracy; it’s just part of a healthy market. Get over it.

Most wanted: The Last of Us