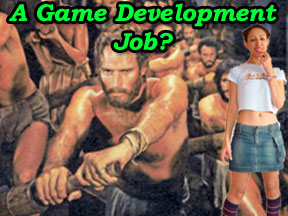 With the launch of L.A. Noire, the Australian games industry was riding on the crest of a wave and Team Bondi, the development studio responsible for the game, was the conquering hero. Okay, so the game had been seven years in development, but with wide critical and commercial success at launch, it looked like any issues were a thing of the past.

But that’s not how the story went. Disgruntled ex-Team Bondi employees have put a fly in the ointment, bringing working practices into question and forcing the industry to take a long, hard look at itself.

The crux of the matter rests on an issue known as "crunch-time," a term describing the hard push to reach a development deadline. It’s not unusual for development teams to have to work long hours to get a game in on time, but it shouldn’t be for more than a week or two.

A group of ex-Team Bondi staff, now known as the Bondi 11, first came to light when they claimed that over 100 staff were omitted off the credits for L.A Noire. But the feces seriously hit the fan when they highlighted working practices at the Australian studio. There were claims of "ominous crunch" periods and one testimonial called Team Bondi a "nasty place to be."

This isn’t the first time that a Rockstar game has been blighted by stories claiming unfair work practices. Rockstar San Diego, developer for Red Dead Redemption, hit the headlines when an insider accused management of "deception and manipulation." The same studio was targeted by workers’ wives, when they openly complained about 12-hour days, six-day weeks and no extra holiday or overtime pay. Rockstar has also been accused of leaving staff off credits for Manhunt 2, back in 2006.

Here is a list of just some of the complaints from former Team Bondi staff:

* Staff walkouts and firings, and others expected to take up the slack

* More than 100 former Team Bondi employees not credited for work on L.A. Noire

Team Bondi boss, Brian McNamara didn’t help matters with unapologetic quotes such as "if you want a nine-to-five job, you should be in another business" and "people don’t work any longer hours than I do." But they shouldn’t have to, Brian, they don’t own the company and probably don’t get a salary to match yours.

As a creative industry, it’s always going to be difficult to bring a game in bang on deadline, without putting in a few extra hours. The trouble is that many people see crunch-time as a necessary evil. That’s the way we’ve always done it and that’s the price you pay for working in such a cool industry.

Well, that’s not how the International Game Developers Association (IGDA) sees it, as it prepares to investigate the Team Bondi case, in what it describes as absolutely unacceptable working conditions.

In 2004, the IGDA produced a White Paper called Quality of Life, which states that "the computer game development industry has become notorious for overworking and ‘burning-out’ workers." The study also showed that 51.7 percent said "management sees crunch as a normal part of doing business in the game industry." When asked to pick a statement their spouse is most likely to say, 61.5 percent selected "you work too much and don’t spend enough time with me and the children."

Is this really the games industry we want to promote? On one hand we’re discussing how to bring more women into the industry, but if they’ve got any sense they’ll run a mile. It’s not difficult to see that any man or woman considering having a family would have to think twice about working in games if 12 hour days are on the horizon.

The fact is, people don’t work effectively when subjected to grueling 80-hour weeks. They get tired, they make mistakes and morale takes a nosedive. It’s not rocket science, but extensive crunch-times seem to be the rule, when it should be the exception.

With a reputation for development sweat shops, the industry may still attract doe-eyed graduates keen to live the dream by working in games, but the price we’ll pay is an exodus of experienced artists, programmers and producers. The talent won’t stick around if it’s taken for granted and will soon move on to a career with a better work-life balance.

All we can hope is that Team Bondi, Rockstar and the industry as a whole learn from this episode. Sadly, I think we’ll probably be reading another story like this in a year or so. Is that the price creative people have to pay for working in a "cool" industry? Hand your soul in at the door and sign on the dotted line.