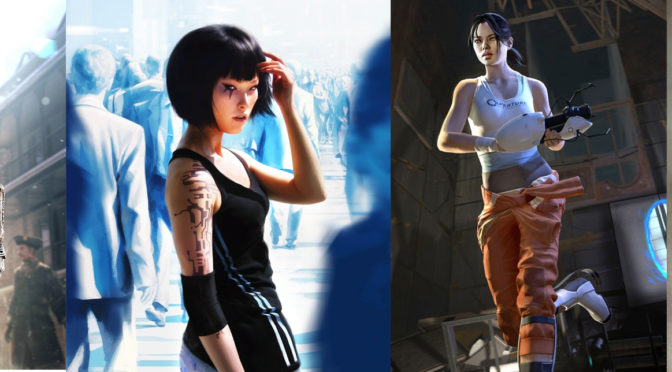 New research dispels the image of the anti-social, white, teenage boy holed up in his bedroom as the quintessential gamer. According to a new study by Nesta, the average gamer is a 43-year-old woman who is educated and engaged in culture in various ways.

Charity and innovation foundation, Nesta, used data from UK government survey of 10,000 UK adults, which looked at the socio economic backgrounds of people who play games and their participation in cultural activities and events.  The Nesta study found that women are more likely to play games than men although, men play more often.

Of course the first question the gaming community will ask is, ‘what type of games do these women play?’ The inference is that the female gamer is simply playing Candy Crush on their smartphone and that doesn’t count. The other defence is that mobile gaming doesn’t require the level of skill or commitment needed for ‘real’ games, which are generally played on consoles or PC. Therefore research like this is flawed or misleading, because the definition of gamer in this case doesn’t make the grade.

Does it really matter? Shouldn’t we be asking how we can engage with these players. This is an industry that spends a lot of time talking about diversity, how to make it happen and how it makes business sense, but not a lot is changing. We’re talking the talk, but when a study shows us that half of gamers are female, so many voices shout, ‘yes, but are they really gamers?’

I think it’s time we dismantle the hierarchy, which claims that mobile games aren’t real games.  In part, this is a convenient way of ignoring figures like these, which suggest women are gamers too. Dismissing mobile games is another form of gatekeeping, in a bid to maintain the perceived status quo of games for boys.

Other research by Quantic Foundry asked female gamers what sorts of games they play. It shows that mobile match-3 games and social farming games are overwhelming played by women, with 69% of players identifying as female. At the other end of the spectrum,  the number of female players in sports and shooting games sit at 2% and 4%, respectively. No surprises there, some might say.

It’s interesting to see that high fantasy MMOs feature a player base that’s 36% women.  In addition,  48% of Dragon Age: Inquisition players are women.  JRPG players average a third female, whilst for platformers, roguelikes and western RPGs, around a quarter of the players are women .

The fact is that women play all sorts of games and there can be many reasons, which steer them away from shooters and sports games. These titles usually feature male characters and the marketing may reflect that, which does little to encourage women to play them. So, it may not be that the mechanics are too difficult or that women just don’t like shooting things.

It’s time to stop asking ‘do women play games?’ Yes, we do and it’s not as extraordinary as the headlines suggest because games are fun and interesting and social. All the things that men enjoy about games still apply, even when you have boobs.

Interestingly, Nesta’s findings also show that there is no evidence that playing games when you’re young is a waste of time, compared to reading or other more highly valued pursuits, such as sport and music.  The study found that those who played when growing up tended to be better educated and actively participate in other forms of culture, such as reading, painting, writing and attending cultural events.

Armed with research that tells us games have cultural value and appeal to women, we can continue to focus on creating more diverse lead characters who reflect real gamers, not the ones the industry imagines around their boardroom tables or beanbags or whatever. Women are making games and we need to celebrate that in order to encourage more diverse people to join the industry and become creators, not just consumers.

Things are changing, but for every Aloy in Horizon Zero Dawn, there are 10 Nathan Drakes and as charming as Nate is, I’d like to see somebody different, some of the time. Diversity in games is getting better, but I’m pretty sure the best is yet to come.