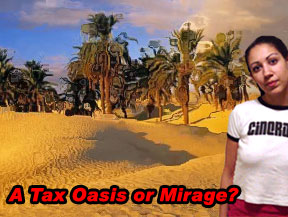 Well, dear play chums, it’s a week since we discussed British party politics regarding tax breaks for the UK games industry, and a week since I went to the polling station and marked my ballot paper with an X. Of course, you’re probably aware of the shambles that ensued. After all that voting, we were left with a hung parliament and the country was left in political limbo. For a while there it looked like we could have anarchy in the UK, well, kind of. Now we’ve got a coalition between the Liberal Democrats and the Conservatives, but all we want to know here at GiN is where does that leave the UK games industry?

It’s been quite a week in the UK. Gordon Brown went to the Queen to resign on Tuesday. Within the hour, David Cameron, the Conservative leader, went to Buckingham Palace to be invited by the Queen to form a new government. Then it was off to Number 10 for Cameron and the end of Labour’s reign.

Now all this politics may seem a bit off topic for a website called Game Industry News, but the state of the government has very real implications on the UK game development sector. In April this year, Alistair Darling, the then Chancellor, committed to tax breaks for the games industry – a major breakthrough, after years of campaigning. Tax breaks for UK developers would cut the cost of labour, helping to stem the tide of talent to other countries while creating a level playing-field for the Britsoft developers.

The Chancellor’s Budget speech raised cheers from the UK industry and sparked a flurry of interest in the games industry from the other parties. The Lib Dems eventually spoke out in favour of tax breaks, but most notably, there was no outright commitment from the Conservatives. And today the UK faces five years of what is effectively Tory rule, which makes me think that perhaps games tax breaks have just fluttered out of the window.

The good news for the UK games industry is that our most outspoken political supporters managed to hold onto their seats in last week’s election. Most importantly, Ed Vaizey, Conservative MP for Wantage retained his sit with a 9% increase in votes. For the Lib Dems, Don Foster, MP for Bath held on with support up 12%, while Labour’s Tom Watson, retained his seat for West Bromwich East, despite a 9% drop in support. Meanwhile, outspoken anti-games campaigner Keith Vaz retained his Leicester seat with votes up 4%, so it’s not all good news.

Yesterday, the Conservatives and Lib Dems revealed their coalition deal with the Deficit Reduction taking centre stage, followed by Spending Review and then Tax Measures. Of course the games industry was not mentioned in this document and we couldn’t really expect it to be, but with so little money in the pot, the worry is that tax breaks for the games industry will be a dim and distant pipe dream.

Top of the coalition agenda is the deficit reduction and an agreement to cut spending, rather than raise taxes. Surely this is the fatal blow for our hopes for tax breaks. For a start the Lib Dems barely supported our cause pre-election, while the Tories seemed to be backing away from games tax breaks as fast as they could. In the current economic climate, tax breaks are going to be a big ask. With so little money to give a way and a lack of political consensus on the games industry, it seems as if this opportunity has slipped through our fingers.

However, TIGA, the development trade body, has released its Annual Report 2009 highlighting its efforts to promote the games industry through its Games Tax Relief campaign, which led to Darling’s tax relief announcement. Tom Watson, MP, wrote the foreword, saying, "Put simply, if TIGA had not compiled the evidence that the UK industry was at a competitive disadvantage, this would never have happened. It’s an extraordinary success for the trade body that should be recognized by all in the industry."

TIGA Chairman and CEO Jason Kingsley was also positive, saying, "TIGA is nothing without the developers, outsourcers, university and education providers that make up its membership. TIGA exists to serve your interests. We are proud to have advanced your interests in 2009. We will be zealous in working for you throughout 2010."

TIGA CEO Richard Wilson went on to praise TIGA’s considerable progress over the last year, including the £90 million tax break secured for the sector. Unless Richard knows something we don’t, it looks like that tax break is a lot less than secure. However, we’ve got to give TIGA a round of applause for its untiring efforts to ensure the UK games industry gains respect with the powers that be.

For now, it looks like we’re back to square one – do not pass go, do not collect £90 million.