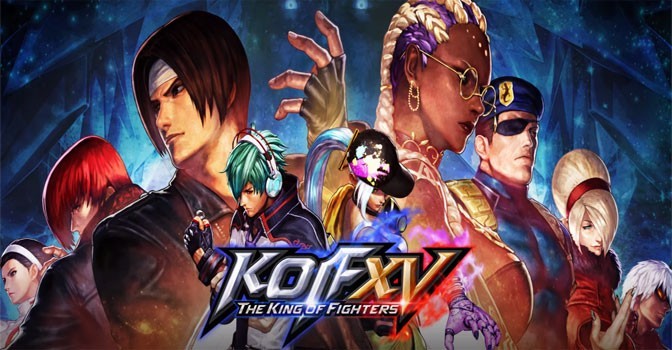 SNK Corporation is delighted to announce that it’s latest hit title THE KING OF FIGHTERS XV, will be joining the impressive line-up at this year’s Evolution Championship Series (EVO) 2022. The largest fighting game tournament in the world, EVO 2022 is officially back in an offline capacity this year and welcoming fans to its iconic home in Las Vegas with a combination of new and returning fighting games on August 5-7 at the Mandalay Bay Resort and Casino.

THE KING OF FIGHTERS XV will feature alongside eight other iconic titles, Chief Producer Yasuyuki Oda at SNK said: “We’re so delighted to be a part of this year’s EVO tournament with THE KING OF FIGHTERS XV. We’ve had great success with the game since its launch last month and can’t wait to let the game shine in the largest and longest-running fighting game tournament in the world! EVO has such a great history, celebrating some of the best fighting game titles and players on the planet, and it’s really great to be able to be a part of that.”

Registration is open now and fans can purchase tickets at evo.gg. Hotel rooms will be available at the Mandalay Bay Resort and Casino. For those who want to watch, tournaments will be streamed live for the entirety of the event.

About THE KING OF FIGHTERS XV

Since its debut in 1994, the KOF fighting game series has been driving the world to new heights of excitement with its appealing characters and unique game system. Six years have passed since the last title in the series, and now KOF XV surpasses all of its predecessors in terms of graphics, systems, and online experience!