Over the weekend of February 10-12, Call of Duty players and fans came to Atlanta for the Call of Duty World League Atlanta open hosted by MLG and presented by Playstation 4. The MLG Atlanta saw 160 teams compete in the open bracket. They competed for a chance to go against the 16 teams in the championship pool play in four vacant Pool Play slots. These 16 teams were the top North American and European teams based on CWL points. All teams were competing for a chance at a $200,000 prize pool and CWL pro points. CWL Pro Points will determine which teams go on to the first ever CWL Global Pro League taking place at the MLG Arena in Columbus, Ohio in early April.   These events will determine the final teams for the CWL Championship.

At the end of pool play and elimination rounds the Grand Final was between eUnited and OpTic Gaming and consisted of a double elimination and best of five series.

Call of Duty Players for the teams in the Grand Final:

First game of the first Grand Final series was Retaliation Hardpoint. In the first part of the game eUnited and OpTic Gaming kept a close game until Karma from OpTic pulled the team away from eUnited. After a poorer performance in the first days of the competition, Karma has come back for this match. Thanks to Karma OpTic took the first game 250-133.

Game 2 was Crusher Search and Destroy. This game started out as redemption by eUnited as they took the next three rounds after losing the first to OpTic. Coming back OpTic takes round 5. Again thanks to Karma and Crimsix at the end OpTic beat the Crusher map with a 6-4 win.

Next was Throwback Uplink. Karma broke the early tie by taking the drone to the Uplink 2-3. In the end of the game Karma and Scump lead OpTic to another victory with 5-2.

The first round of the grand final left OpTic with a 3-0 win over eUnited. However, it was the second series of the Grand Final that saw eUnited take the win from OpTic gaming with a 3-2 victory and crowned the champions of the CWL Atlanta.

In the second series the first map was Throwback Hardpoint. Right off eUnited took the lead. OpTic gaming then took control of the game but eUnited kept up with a close game. In the end eUnited pulled away from OpTic and took game one for a 250-204 win.

In game 2 the map was Retaliation Search and Destroy. In this map OpTic Gaming barely beat eUnited for a 6-5 win and by the efforts from Crimsix. In game 3 we saw another win by OpTic in Precinct Uplink with a 7-2 victory. On to  game 4 and Scorch Hardpoint.  Here we saw eUnited come back to take the game with a 250-230 win and the second Hardpoint loss for OpTic Gaming.

At the end it was Game 5 that sealed OpTic’s fate as eUnited took a 6-3 win in Throwback Search and Destroy.

This is the first CWL win for eUnited. From CWL Atlanta the two teams went on to CWL Paris hosted by ESWC on February 17 -19. CWL Paris had a prize pool of $100,000. This competition saw OpTic Gaming take the win with 3-0 over FaZe Clan.

For more on the Call of Duty World League Presented by PlayStation 4 visit: http://www.callofduty.com/cwl.

The weekend of February 10-12 also saw the HearthStone Winter Championship Europe Playoffs with events happening in venues across Europe. On February 10 the qualified Tavern Heroes battled it out until the top 8 remained and faced the 64 best-ranked European players. The top four are moving on to the Winter Championship in the Bahamas in March.

On February 12th there was a historic match up between two European eSports teams, Germany’s Schalke 04 and France’s Paris Saint-Germain, for Riot Games’ European Challenger Series. This is the first match-up between these two teams, both owned by two major football clubs. In this best of two match-up Schalke 04 were the winners of both games.  The last time both teams played against each other was in 2008 at the UEFA cup with Schalke beating PSG 3:1. This match comes off of Schalke’s win against the Polish team Kinguin. 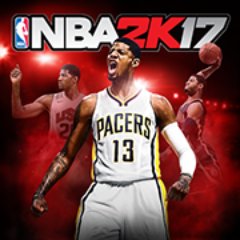 Beginning next year there will be a new eSports League for NBA 2K.  The NBA 2K League is partnered between the NBA and the makers of the NBA 2K games, Take-Two Interactive Software. Participating in the League will eventually be 30 NBA 2K teams by real NBA teams. The teams will have five players each and modeling a real NBA season will play out a five month long season. Following the head to head matches the League will then go on to playoffs and then a championship. Players are going to be drafted to the teams by each of the NBA teams. To better represent each player no real NBA players will be used for avatars instead players will design their own in-game avatars.

Some of the current NBA teams that represent eSports teams are the 76ers that purchased Team Dignitas last year. Recently the Houston Rockets hired an eSports director to invest in eSports. In addition, the owners of the Milwaukee Bucks, Memphis Grizzlies, and the Golden State Warriors have invested in eSports teams and players.

Panda Global has signed on Hearthstone players Edwin ‘HotMEOWTH” Cook and Raymond “rayC” Cipoletti.   HotMEOWTH was the 2016 America’s Summer Champion and placed eighth at the Hearthstone Championship at Blizzcon. He is currently ranked number one with 38 points for the winter 2017 Americas standings. Ranked at number 15 is rayC with 23 points.

Coming spring/summer 2017 is a new 24-hour eSports channel from Canadian premium cable network Super Channel. This venture came about from a deal between Super Channel and the UK based GINX eSports TV. According to the Super Channel site and press release, the purpose of this new channel is to “target millions of gaming enthusiasts and players in Canada and feature live eSports events, news, and gaming lifestyle programming”.

There is also an online channel available to subscribers, the Ginx 24/7 TV channel online.