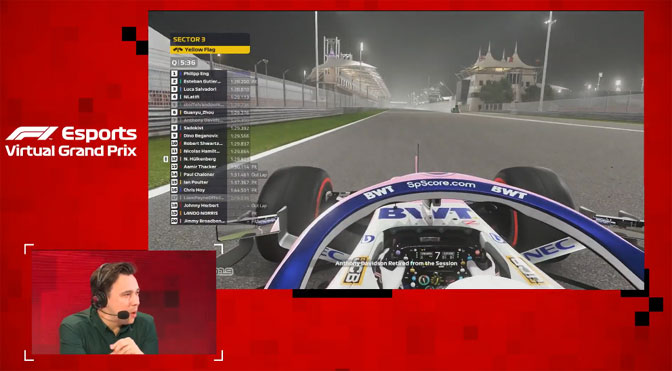 Due to the coronavirus outbreak, all the major sporting events have been postponed indefinitely, leaving millions of fans upset. Despite the fact that so many sports lovers were upset about these conditions these are the necessary steps that all big organizations were obliged to follow, including Formula 1. But The Grand Prix will still take place, according to the company, it will just be in VR. While it’s important to note that this VR competition is not connected to the real Grand Prix nor will the outcome of this VR race impact the real competition, this is still a nice way for Formula 1 fans to enjoy their favorite race, without leaving their homes or breaching the quarantine rules.

When will the Virtual Grand Prix begin

This is one of the most innovative ways that the sports industry has managed to bounce back from this huge blow. The series was created to let the fans still enjoy the race despite the complete cancellation of this seasons’ opening race calendar.

From March 22, these VR races run instead of every single postponed race and it started with the Virtual Bahrain Grand Prix and the program will apparently run up until May. Since not all Formula 1 drivers are equally good at playing the settings will be set up in a way that will encourage competition, including running equal car performance with fixed setups, traction control, and reduced vehicle damage.

This is a clear example of how online gaming can actually help to make industries more accessible even during times like these. Esports, online gambling for real money, and e-gaming, in general, enable the industries that are currently under lockdown to continue operating. It can also possibly avoid the big crashes that will inevitably follow as the customer stops using their services as the outbreak reaches its peak.

The most exciting part about this new campaign is that actual Formula 1 drivers will be competing in the VR race as well. They will line up on the grid along with the host stars, which are still unannounced.  The host will be live from Gfinity Esports Arne and every driver will be joining remotely to ensure that even when they are competing in the VR competition their safety is ensured and there are no large crowds anywhere.

The race will be using F1 2019 PC video games, with the first Grand Prix being a 50% length race with 28 laps and is expected to be 1.5 hours long. You can watch this race on Formula 1 Youtube, Facebook, and Twitch.

Fans can compete too

But this is not where the fun ends for the Formula 1 fans. Over the weekend the fans will even have a chance to participate in online exhibition races, where they can compete alongside their favorite drivers and even though we don’t know any more details about this particular feature it is sure to be a fan favorite already.

The executives at Formula 1 are very excited to be introducing such a unique concept to their fans, especially in stressful and uncertain times. As the Head of Digital Business Initiatives and Esports, Julian Tan said the team is very excited to offer this relief to their fans and display the benefits and the advantages of esports, while also making up for the lack of real sporting action on tv.

This is a great example for other sporting events to follow. Formula 1 is making sure that they are still interacting with the fans and exploring different sides of their sport, incorporating innovative approaches with embracing the esports industry.