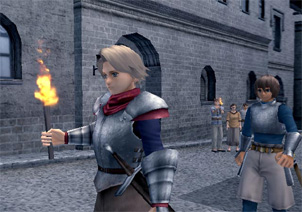 Suikoden IV takes place 150 years before the first game in the series, so you can see how the direction of the world came to pass. 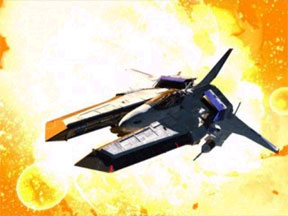 Gradius V proves that it is still possible to make a 2D shooter that really rocks, something 2D fans have been craving for years.

It seems as if every game that Hideo Kojima develops has a special magic to it. Granted the series known best by him is Metal Gear, but his other titles are worth mentioning as well. I was a big fan of Snatcher when it was released for the Sega CD (which even today can go as high as $100 on eBay), and I helped sign the petition to release Policenauts for either the 3DO or the Saturn back in 1995. His storylines are well known for having powerful moral values, and anyone who is well adapted in Metal Gear Solid … END_OF_DOCUMENT_TOKEN_TO_BE_REPLACED

Who said that all action games had to involve a lead character running through corridors, shooting everyone in sight? Fortunately, a young man named Hideo Kojima changed this idea back in 1987 when he released a simple game to Konami entitled Metal Gear. The concept was unlike any other, as it required smarts and stealth, rather than brute force to complete your objective. MG was released for both the MSX computer in Japan, and on the Nintendo Entertainment System (under Konami’s Ultra Games label) with high success. Then, in 1990, two versions of Metal Gear 2 were released. The MSX … END_OF_DOCUMENT_TOKEN_TO_BE_REPLACED