Etherium, the new futuristic real-time strategy title developed by Tindalos Interactive, the studio that created Stellar Impact, is now unveiling its very first video! This first teaser sets the scene of the universe of Etherium and shows the first colony of the Consortium, one of the three playable factions in the game, landing on Serenade, the desert planet rich in etherium. The Consortium is deploying its forces in preparation for the struggle against the Council and Galaad, the two other factions in the game that will soon invade the planet in an attempt to seize control. In Etherium, three empires … END_OF_DOCUMENT_TOKEN_TO_BE_REPLACED

Christmas is coming, and Bound by Flame is taking a little break from its final months in the development phase (title set for spring 2014 release) to offer us a scorching Epic Story Trailer! In this video, the most ambitious RPG to date from Spiders studios (Mars: War Logs, Of Orcs and Men) reveals more about the game world and background which will very soon enthrall players on PC, PlayStation 4, PlayStation 3 and Xbox 360 The new video once again provides an exciting glimpse into some of the extraordinary creatures in the vast bestiary in this role-playing game. The … END_OF_DOCUMENT_TOKEN_TO_BE_REPLACED

Crime doesn’t take a vacation… and neither does Sherlock Holmes! You can now watch the first real teaser for Crimes & Punishments, the new Sherlock Holmes investigation coming soon to PlayStation 3, Xbox 360 and PC. Having made a great impression at E3 in Los Angeles last month, an intriguing video will now reveal a little more of Crimes & Punishments: crime scenes, suspects and a Sherlock Holmes determined to see the guilty behind bars. Immerse yourself in the heart of London at the side of this famous detective, already hot on the heels of dangerous criminals’ but has he … END_OF_DOCUMENT_TOKEN_TO_BE_REPLACED

In the run-up to the launch of the 100th edition of the Tour de France, the official game Tour de France 2013 – 100th Edition for Xbox 360 and PlayStation 3 has released an overview trailer just one week before it hits the shelves! This 2-minute video with commentary provides an exclusive glimpse into the spectacular 100th edition of the Tour de France: from Corsica to the Champs-‘lys’es by night, the legendary stages await players who are eager to ride the ‘grande boucle’. The video explains all you need to know about Tour de France 2013 on console; not only … END_OF_DOCUMENT_TOKEN_TO_BE_REPLACED 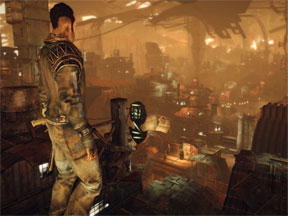 Mars: War Logs is a surprisingly good action-RPG set on Mars, where the fighting is almost all up close and personal in this gritty, sci-fi action tale of war, friendship and betrayal.

Our spy satellites have spotted new troop movements, this time coming from France! Wargame AirLand Battle, the sequel to the spectacular real-time strategy game Wargame European Escalation, today unveiled, through 5 new screenshots, the French combat units. After unveiling both German and British units in the past few weeks, the French Armed Forces are today’s focus. The French Army represents the biggest military force in Europe, and as such, it is obvious that they will join their NATO allies in order to prepare for the explosive conflict that is about to break out against the Warsaw Pact in Scandinavia! On … END_OF_DOCUMENT_TOKEN_TO_BE_REPLACED