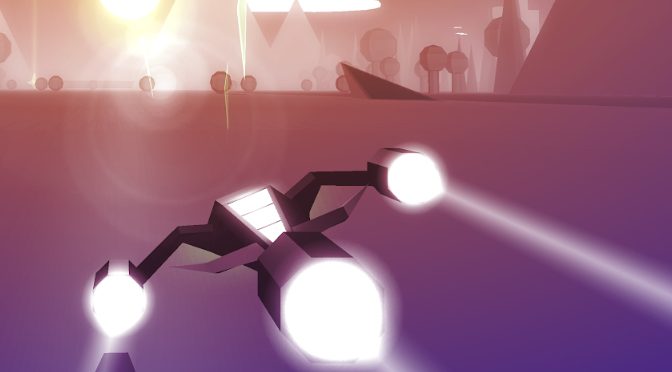 This week I’m back at mobile gaming, but I don’t have a review for you. Instead, I’m looking at the mobile version of Race the Sun, which is still in Early Access.

If you enjoy fun indie arcade games like me, then Race the Sun is probably something you’ve at least heard of before. The game has been out on PC and a wide variety of consoles for years now. With technology always advancing further, it only makes sense that this game would make the jump to mobile.

As ashamed as I am to say it, this is actually my first experience with Race the Sun. It’s not that it wasn’t on my radar, but I’ve just never pulled the trigger before. It’s not even a case of me thinking it isn’t worth the $10 the developer is asking for. It just always slips my mind when I actually get around to buying indie games.

So why am I able to pick up Race the Sun so easily on mobile? That’s easy. This version of the game is free. If you’re guessing that this means it contains ads, then you’re right. Despite this, I’m still enjoying my time with the game. That’s because it doesn’t force me to watch the ads. Instead, it offers them in trade for extra lives. That may not be the perfect solution in my book, but it works out well enough. The five or so lives I get a day are plenty for me to get my arcade racing fix and move on.

For anyone unfamiliar with Race the Sun, it’s a game that challenges the player to, well, race the sun. The players controls a solar craft and must continue to race forward at terrifyingly fast speeds to make it as far as they can before the sun goes down. Players that aren’t careful are also equally likely to end their runs on one of the game’s many obstacles.

There are some pickups that players can get to further their progress in the game. Among these are jumping and speed boosts. Those speeds boosts are important as they reverse the sun’s descent, but only for a brief moment. There are also permanent upgrades and other items that players can buy with money they earn by playing. This includes new ships and trails so players can better customize the solar craft to their liking.

Visually speaking, Race the Sun looks great. The game may be old and on mobile, but its art style still shines today. I really can’t think of a complaint here. The same is also true for the audio. Maybe it isn’t the best there is, but it works well for the game.

Overall, Race the Sun is a spectacular way to waste some time. I could probably go on to give this game an actual score, but it’s Early Access nature keeps me from doing so. Instead, I’ll just say that it will be on my phone for weeks to come.