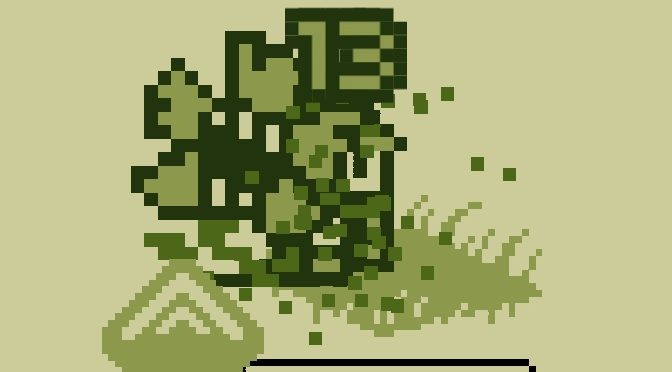 It’s funny. Now that I’m not living in the middle of nowhere with crap internet, I’m starting to fill my time with more online games. I’ve been playing Apex Legens a lot (I suck) and the wife and I have also been giving Dauntless a go (not bad, btw). However, I have a duty to you and that means I can’t stop with the Time Waster just yet. That said, let’s take a look at Timing Hero.

Timing Hero honestly seems like it was made exactly with me in mind. The game has a retro feel and pits players up against monsters in quick, but entertaining battles that require skill and pattern memorization. There’s also a leveling system, stats to increase and different classes to unlock.

Players start out with just the Novice class in Timing Hero. It’s weak and doesn’t have much else that stands out about it. However, players can spend credits to upgrade the stats of the class. This includes the attack, health, critical hit chance and health regeneration. The further into the waves of enemies that the player makes it, the more credits they earn. This then allows them to push further than before after leveling up and the cycle repeats itself.

Timing Hero also rewards players by handing out additional classes, or as it calls them: heroes. These come along when players complete certain tasks. Starting off, they just have to beat the level 10 boss with the Novice. This unlocks the Warrior, Sorcerer and Archer classes, but there are many more. Stats don’t transfer over, which means players will have to start over from level one with these new classes. It’s worth noting that switching between classes won’t cause another to lose its levels, either.

What may be the greatest thing about Timing Hero is it’s understanding of the platform. There aren’t many buttons for players to have to press and swipes are limited. All players have to do is press attack, dodge in one of three directions and swipe the screen to counterattack. It manages to create that perfect balance between being engaging enough for a mobile device, but also not requiring my constant attention.

This is partially due to how short the battles in Timing Hero are. Sure, players can get on a long streak that may last a few minutes, but they also might miss their dodge and end up dead early on. Either way, the game never feels like it’s demanding me to play more. It can get a bit grindy at times, but it never feels like I’m missing out if I need to take a break. On that same note, it never tells me to stop playing with some type of lives system.

Another benefit to this game is how it handles ads. By now many of you probably know that I’m strict when it comes to ads. At no point should the game interrupt my fun just to tell me about another mobile game or some company’s new wireless service. Luckily, Timing Hero doesn’t have this problem. Don’t get me wrong, there are ads, but they aren’t a requirement. Instead, they reward the player with in-game currency or buffs for watching them. That’s exactly as it should be.

Moving on we have to talk about the graphics of Timing Hero. It’s got this retro feel to it, but maybe not in the way you are thinking. Instead, of just going for the normal sprite art, it looks more like something from the Game Boy. That makes perfect sense here as both are mediums of wasting time on the go. It also activates those nostalgia cells in my brain with reminders of an era long gone (Yes, I’m getting old. So are you.).

The audio in Timing Hero is also great to listen to. I’m not going to say it has a wide variety of music, but what is there sounds wonderful. It’s enough to warrant keeping the audio on in a mobile game, which says something. I was definitely getting some Jake Kaufman vibes while playing the game, and that’s always a good thing.

Overall, Timing Hero is a great way to waste some time. It never demands much of the player, but is still engaging enough to keep them playing. The graphics are fresh and retro at the same time. Plus, the music is a treat. Give this one a look if you need something to pass the time with.