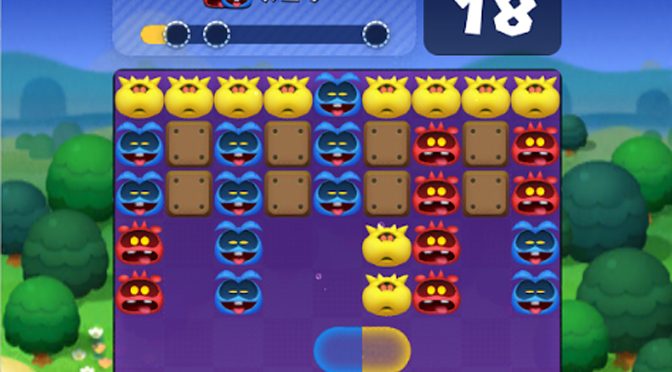 First off, a quick life update. Alia and I are successfully living in our new house. I’d even go so far as to say the move is complete (minus a few things forgotten states away that I’ll have to get some other time). However, there’s still loads of unpacking to do, which means it doesn’t feel like we’re quite done. Heck, I still don’t even have internet set up at this new place yet. Either way, it was a major success for us.

Moving on to why all of you are actually here: Dr. Mario World. If you’re thinking that Nintendo is free from the blight of mobile games…just keep reading. 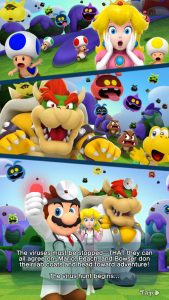 Dr. Mario World attempts to bring the classic puzzle game to smartphones, but I can’t say it really succeeds at it. That’s because this game isn’t really anything like the Dr. Mario of yore. Instead, it feels more like a different puzzle game with a Dr. Mario skin.

I say this because players don’t have to deal with adjusting oncoming capsules that drop from the top of the screen in order to clear viruses. In a strange twist, the capsules now come from the bottom of the screen, but only when the player tells them to. The game also now lets the player change the capsules’ orientation before they ever enter the area and there’s no rush to it.

Here’s the thing, I get what is going on here. It makes more sense to move the main controls to the bottom of the phone. That’s just how people naturally hold their smart devices. I also understand slowing the game down to give it a more casual feel. Mobile gamers aren’t exactly known for their long attention spans, after all. Even saying that, it definitely changes the core gameplay enough to not really feel much like Dr. Mario to me.

I won’t say that I’ve steamrolled my way deep into Dr. Mario World’s levels, but I am a good ways in. I have access to the different powers and can buy additional items to help before the start of matches. There also also a good few powerups in different levels that players can make use of. Yet again, not feeling much like a Dr. Mario game.

Unfortunately, it looks like Nintendo has finally given in to the mobile game disease. Dr. Mario World is a prime example of a shallow puzzle game that has more than its fair share of microtransactions. These come in the form of gems that players can purchase. They can use these to buy special items before the start of a level, as well as on additional lives. It’s the same cancer as any other mobile game on the market and I won’t even say this one is as entertaining as many others I’ve spent time with over the years. At least there’s no ads. 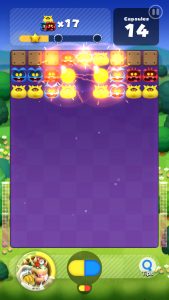 My biggest complaint from Dr. Mario World isn’t actually the microtransactions. It’s the speed of the game. Everything about it just feels so dang slow. The animations at the start of a level, the fall speed of the pills (yes, you can drag them to move them faster), as well as just going through the end results for each level. It feels like such a waste for a mobile game to be so sluggish feeling.

Visually there isn’t really anything to complain about in Dr. Mario World. It’s a perfectly suitable game with solid enough graphics for what it is. I wish there was more I could say, but that’s it.

The audio in Dr. Mario World isn’t bad. It includes a remix of that classic Dr. Mario theme. Personally, I’d like an option to switch back to the original, but I haven’t seen it as one. Maybe the rest of the game put me in a sour mood, but I also found the “Ready Go” at the start of each level to be annoying after just a few times hearing it.

Overall, I can’t really see a reason to play Dr. Mario World. It’s not that the game is so bad as to warrant avoiding it, but it also doesn’t bring anything unique to the table. It’s a standard, cookie-cutter mobile game that gains nothing from Mario’s presence. Maybe it will get better with time, but I’m already done with it.