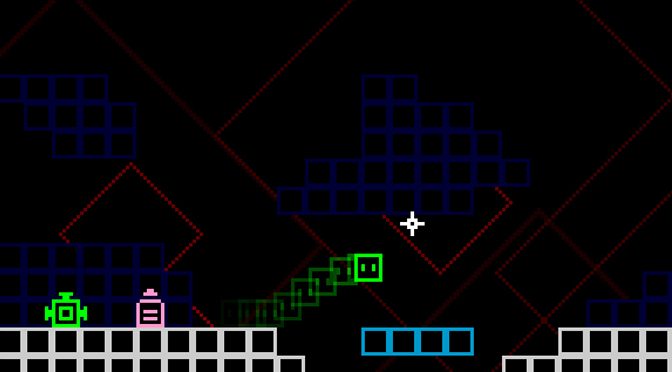 My time wasting this week is of the browser variety. See, there’s this nifty little puzzle game called Memory.exe that caught my interest. It’s a quick game made for Ludum Dare 42. The theme for this game creation jam was “Running out of space.”

Memory.exe follows this theme well. The game is all about a single little program in a computer being tasked with clearing out the memory clogging up the system. To do so, our little friend will have to traverse the virtual world to collect upgrades, solve puzzles and handle some light platforming.

Honestly, Memory.exe really likes to focus on its puzzles. That’s a solid bet too as the game has some interesting ones to throw at the player. A lot of them are simple word puzzles, but it took me way longer than I want to admit until it all started to click together with me. However there are still visual puzzles as well. This is a video game, after all.

The difficulty of the puzzles in Memory.exe felt just right. It wasn’t something so simple as to not challenge me, but it was never to frustrating to figure out. To be fair, I may be giving the game too much praise. I was still feeling the after effects of a major migraine when playing it. Why I chose to play a puzzle game with a headache is beyond me, but it did serve as a wonderful distraction to the pain.

Alright, enough with the rambling. Instead, let’s talk about the visuals of Memory.exe. The game is simple, which makes sense as it’s a Ludum Dare contestant. These games never are very flashy, but they do often offer unique experiences. Still, the graphics in Memory.exe hold up well with other browser games that don’t come from game jams.

The audio in Memory.exe is also nice. It’s a simple, soft tune that plays throughout the entity of the game. There’s a definite electronic vibe that matches with the rest of the game’s themes too. The developer says this was their first piece of music they’ve ever made. And to that I say “Kudos. You did a good job.” That song actually never wore on me the whole time I was playing, which I’ll once again note is much longer than what I’m sure it normally takes to complete the game.

I do have one quick note that I want to make about Memory.exe. The developer says that their game works best in the Chrome browser. That’s my default, so no big deal here. However, this does mean there can be some problems with the game when using other browsers. That’s due to the nature of the game. It’s made in Flash and requires a lot of right clicking on the mouse. Evidently this can cause problems outside of Chrome.

Overall, I’ve gotta say that I really did enjoy my time with Memory.exe. It was perfectly challenging without ever reaching that point of being “too frustrating.” It also doesn’t look or sound bad for a game made in 48 hours. If puzzles are a game type you enjoy, by all means give this one a play.