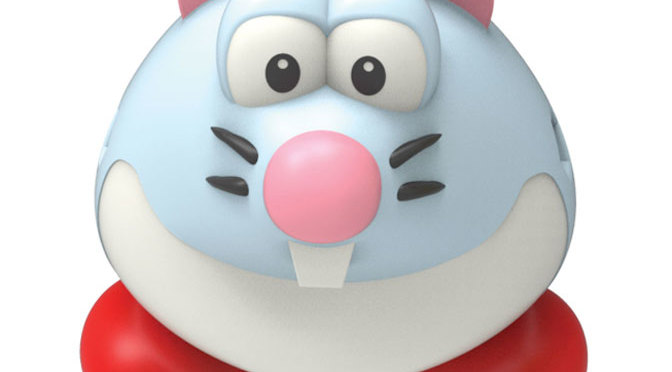 I put together the Cat Mario Building Set. It has 226 pieces and is for ages 8 and up. This is a great starter set for anyone new to K’NEX building sets. The size of the project is manageable and most kids will be able to build it on their own with little or no help from an adult. The visual instructions are fairly easy to understand and because the set only has 226 pieces, the picture on the cover of the box is also very helpful. The pieces are color coded, and with the exception of a couple of tiny pieces, easy to handle and put together.

The set comes with two figures: the mouse (who is the adorable enemy) and a Cat Mario figure with interchangeable legs. One set of legs is regular and the other is weighted and curved so you can bounce him on the trampoline to land in the trap to raise the flag and win the level. The rest of the set is the trail Mario runs along to collect coins and defeat the mouse. There is even a tube tunnel like the one in the game. The Super Mario 3D World building sets are all various levels of the game, so it’s fun to collect them all for a colorful, buildable model of the game world.

As with all K’NEX building sets, mind your toddler and pets, because there are many small choke hazards among the building pieces. With that in mind, this is one of the easier sets to put together and you can purchase extra figures to make playing with the sets after they are built even more fun. This particular building set is sturdy enough when finished that it can actually be played with, which isn’t always the case with K’NEX sets. Some of them are primarily for display, so it’s a nice change that this one is so sturdy.