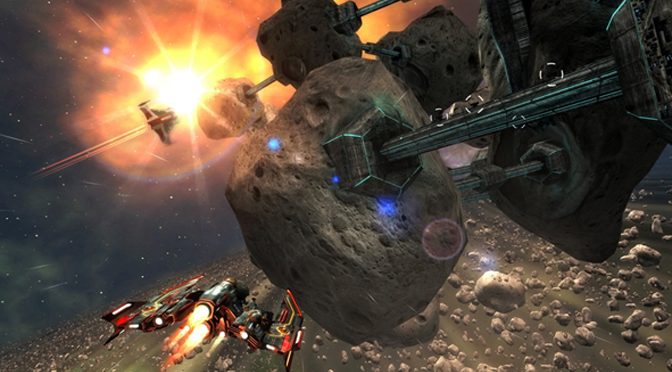 Hey all I’m back with a game that tries to fill in the Star Fox shaped void. It’s my Star Horizon Review!

Plot: The plot is incredibly poor, it has little to no backstory other than flinging our main character into battle for some reason we never learn. There are also times when you have to choose which side of a battle you want to be on, but it ends up being rather pointless. 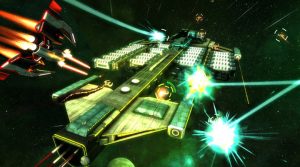 Gameplay: This plays like a poor Star Fox clone, where instead of a charged homing shot and picking up laser upgrades in each level you have a big fat torpedo that locks onto a single target and a couple homing missile swarms you can fire every few seconds in addition to the standard sci-fi spaceship laser.

Normally that would be fine, except it’s ridiculously easy to die, doing a barrel roll has little purpose beyond movement that I could find, it doesn’t shield you like it would in Star Fox. In addition, aiming is a severely annoying task that never gets easier and you can only hit what you are locked onto something, which you cannot change except by moving your ship on the screen and hoping what you want to die gets highlighted.

Otherwise you have to pray that your homing missiles hit it, they can hit up to 3 (5 if you upgrade it) targets at once so when your screen is filled by 10 enemies you need to pray that it chooses the closest ones. It usually does, but not always and it can be really frustrating to die because your ship gets swarmed by 10 enemies at once coming from behind you out of nowhere. 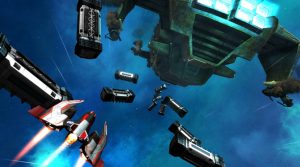 Speaking of coming from behind out of nowhere, that is another big issue I have with this game. And that 80% of the enemies seem to come from behind you, which means not only can you not tell they are coming, but you can’t avoid taking at least a hit or two if you aren’t constantly moving. That shouldn’t be a thing. I’d understand if you had to move because you could see them coming, but when you are in the middle of space, with nothing behind for 10 seconds and they just decide to spawn and instantly fire upon you without any warning is beyond frustrating. 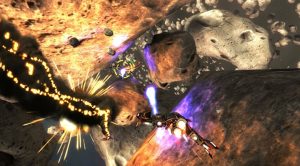 Audio: The music is bland and boring, frankly I wish I hadn’t needed to listen to it. The voice acting is even worse, it feels like it’s read off a script with little to no passion from every character, of which there are frighteningly few you encounter. John and Ellie are our two main characters, but I didn’t care for them at all because of the poor voice acting. There was no life, no drama, in fact the canned voice lines you hear John say during missions when destroying enemies were more emotional than when he talks during cutscenes.

Art: The art is okay, it’s neither amazing nor terrible, but frankly it’s just not very interesting. 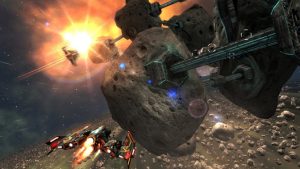 Overall: A fairly poor game in a long line that tries to imitate Star Fox and fails miserably. From the story to the voice acting, this Star Horizon just doesn’t live up to the potential.

For those who like: On the Rails Space Shooters and mediocrity.

Not for those who don’t like: Either of the above, especially together.