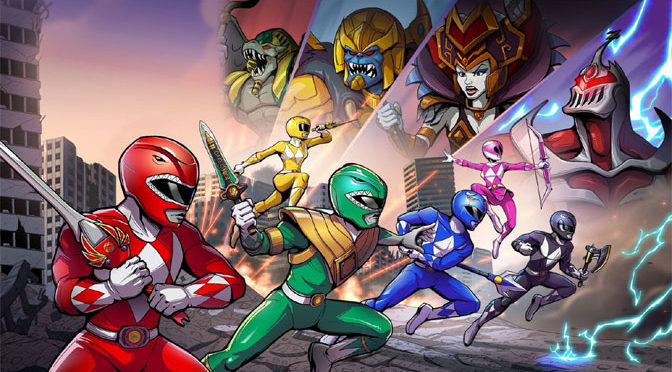 Hey all I’m back with a game that brought me back to a period of my childhood I’d rather forget. It’s Saban’s Mighty Morphing Power Rangers Mega Battle! With the new movie coming out, we thought it would be good to take a look at the new game from Bandai Namco to see if it’s got the same power.

Plot Synopsis: Go look up the plot of the show. It’s the exact same thing. 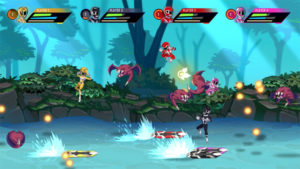 Plot: Look, I’m not going to say that the Power Rangers various series have ever had an amazing story, they haven’t. This is mostly a nostalgia game, complete with various throwbacks to the original series.

[amazon text=Which Ranger do you want to be? Pick up a copy from Amazon and try them all!&asin=B01NBMZTKJ]

Gameplay: It plays like a poor mans Arcade Beat Em’ Up. It’s not very original, and the combat system isn’t all that interesting. Put together with the cheesy plot and nostalgia throwbacks, I honestly couldn’t take this game seriously at all. Add in Quick Time events during boss battles, and it turns into a really poorly made game.

Art: Very simplistic, frankly it’s about the only good thing about the series, because if they chose to make this have even a slightly more serious art style, I might’ve had more fuel to ridicule the game with. But it barely misses that. 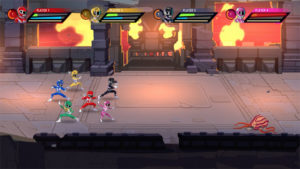 Music: Cheesy… The voice acting was also very much a nostalgia throwback.

Overall: Unless you are really feeling nostalgic, you really don’t need to buy this game.

For those who like: The Power Ranger series, Nostalgia, Poorly Made Beat Em Ups.