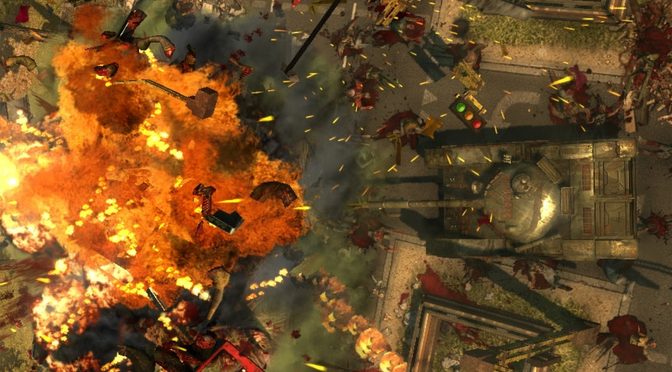 Who doesn’t love murdering zombies with a ton and a half of steel? Zombies have been a multimedia staple over the last decade of so with movies like Shaun Of The Dead, TV shows like iZombie and books like Jordan’s Brains by J. Cornell Michel and, of course, Nazi zombies of Call Of Duty. As your favorite GiN horror gamer I will say, zombies should have shuffled out of the limelight a while ago, but I will save that digression for the Halloween article.

Zombie Driver was initially released for the PC back in 2009, but was ported to the Switch as the game Zombie Driver: Immortal Edition, so I decided to hop in the driver’s seat and give it a shot. 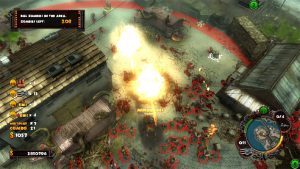 Zombie Driver: Immortal Edition has the stereotypical top down view that many vehicle combat games have. This camera angle was still functional on the Switch and caused no specific issues. The graphics were nice and I loved how the game had an evening sun tint to most of the game. It is a nice variant to either pitch black horror games or bright lit hack and slash. The concept of the game is pretty simple in you drive around kill zombies by running them over. There are a couple of machine guns that you can use to get out of a tight situation, but that is really it. 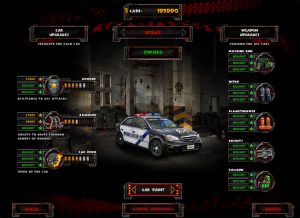 Running zombies over is always just a little cathartic and Zombie Driver literally encourages you to run over huge groups of them. The only problem came to me in what I call the “Destroy All Humans dilemma.” For those of you two young to remember this game, first get off my lawn. Keep going. A little farther and… good. Alright, so Destroy All Humans was a PS2 and Xbox game where you are an Alien in 1959. Early on you could use a anti-gravity gun to pick up various livestock and throw them a country mile over and over again. It was also cathartic fun. However, once that initial rush dried up, the game left something to be desired.

This happened to me with Zombie Driver: Immortal Edition. After the first mission or three of driving my car into a crowd of slobbering undead, the rush wore off and it all became a little boring. Not as boring as, say, a normal commute without the zombies, but not really super exciting anymore either. 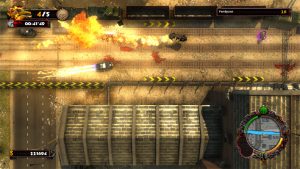 This is not to say that Zombie Driver: Immortal Edition is bad, far from it. However, this is not a game I want to sit down and binge on my couch when it rains. Zombie Driver is a game where you want to play a quick mission before you go to the dentist’s office, meet your girlfriend at the cafe to tell her that you forgot it was your anniversary. There is some quick fun to be had, but it lacks that “X” factor that pulls you in and keeps you there. 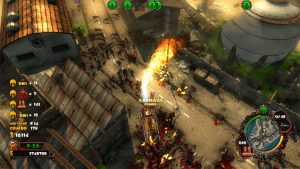 Again, Zombie Driver: Immortal Edition is not a bad game in this genre (I am looking at YOU Wasteland Angel, you know what you did). It just falls short on the Switch where other games fight for your attention.

If you want to run over some zombies or enjoy some mindless violence, buy Zombie Driver: Immortal Edition. If you want something more meaty (pardon the pun), perhaps sink your teeth (double pun) into another game.