Hey all I’m back with another Visual Novel review, the first book of a brand new series being published by Aksys Games. The new series is coming for the PlayStation 4, Nintendo Switch and both the iOS and Android platform. So let’s begin with my Code Realize: Rebirth of the Guardian Review! Gameplay/Plot: Since this is a Visual Novel I’m combining these three sections of the review despite the fact that it’s usually separate. So let’s get some things out of the way before I go any further. This is an Otome game, and a Visual Novel. That means a couple things, first is that this game was made with the audience of young women as their intended consumer.

I am neither young or a woman so please take anything I say past this point with that little caveat firmly in mind.

The story of Rebirth of the Guardian is pretty good, it’s got multiple routes that generally culminate with the romancing of one of the main “love interests,” who I’ll get into in a bit. However if you haven’t played a Visual Novel yet you should be aware that there are endings you can encounter where the story goes horribly wrong because you chose to act poorly. Trusting the wrong person or asking the wrong questions can and will cause a “Bad End.” These endings are not pleasant and they tend to be highly disturbing due to the nature of this particular story.

Characters: Cardia is our main heroine and she’s pretty interesting, if you can get over the angst. Personally while I understood the reason for the angst I also saw it as it’s most basic component part, which is a plot device. Again this is most likely due to me being the complete opposite of the target audience, and should therefore be taken with a grain of salt. I also am pretty cynical and have experienced so many stories that I can be put off by some of the most basic things if I feel my sensibilities have been offended in some way. The rest of the cast is also pretty interesting, if only because they are based off highly recognizable characters from classic literature, like Frankenstein. They all have their own backgrounds, although they tend to fit pretty closely with their classical counterparts. 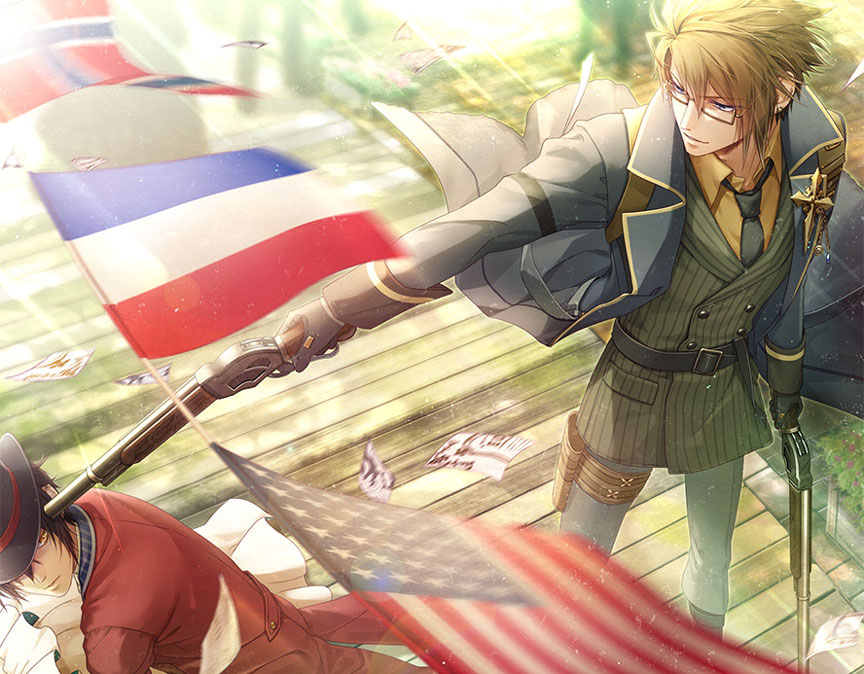 Art: The art is pretty good, but considering that this was made and released originally in 2014 I wasn’t expecting anything ground breaking here with this visual novel.

Put a little adventure and romance in your life with a copy of Code Realize: Rebirth of the Guardian from Amazon!

Music: The soundtrack fits the Visual Novel very well, and that’s all that really needs to be said here. Overall: A good and compelling Visual Novel, for the correct audience. For those who aren’t female it will have decidedly less appeal.

For those who like: Visual Novels, Classic Literature, Mystery, Fantasy, Lots and lots of Drama.