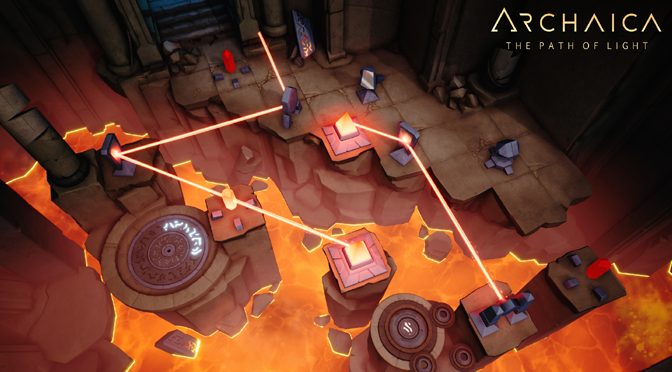 Archaica: The Path of Light

Hey all I’m back with another Game Review. This time it’s Archaica: The Path of Light!

Plot: There is a background plot to the game, however it’s revealed only through interacting with various runic monoliths, so while there is a story it’s very secondary to the gameplay. 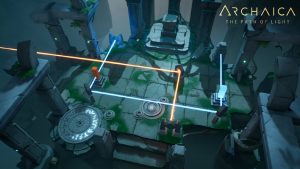 Gameplay: This is a purely puzzle game, meaning there is no combat or action and you progress solely based off completing each level’s puzzles. There is a hint system that helps players get past puzzles but it doesn’t just give you solutions, merely placement of various mirrors and projectors. Which in the later stages of the game means you can still get stuck for minutes trying to figure out which combination of mirrors in which locations will perform what you want due to all the various types of mirrors and projectors.

Frankly, I love this game’s puzzles, they make you think but aren’t so difficult that you want to bash your head through a wall repeatedly each level. That being said if you find yourself getting stuck, I suggest taking a break and coming back later. I’ve found that it helps me solve levels that are beginning to frustrate me. 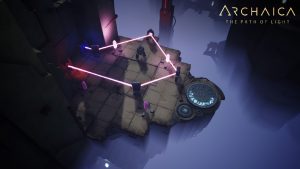 Art: The art is pretty good for the game having no humanoid objects or creatures. The landscapes that serve as the background for all of the puzzles have a mysterious vibe about them that brings to mind ancient civilizations, and are quite beautiful.

Music: The music is okay, but nothing spectacular. Frankly it could be a lot better, but given that it’s a puzzle game you probably aren’t going to be listening to the music of the game itself.

Overall: A very fun game that will make you think and scratch your head trying to solve its various puzzles.

For those who like: Puzzle Games, Light and Mirrors of various shapes and sizes.