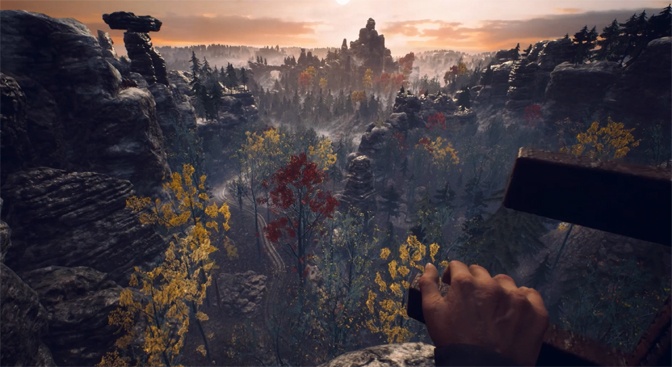 Made with obvious love by a small team of developers from CBE Software, Someday You’ll Return is a unique game that combines the elements of an adventure game, a puzzler, a walking sim and a somewhat scary survival horror title. Although the gameplay is a little bit clunky at times, taken as a whole, Someday You’ll Return is a solid gaming experience for those who enjoy exploration and deeper plotlines that make you think.

You don’t get much in the way of an explanation about what is happening, and are instead thrown right into the adventure after an introductory car ride. You play a father who is searching for his missing daughter, who is presumably lost deep in the woods of Czechoslovakia. The area where the girl is missing appears to have once been a popular recreational area, with many different hiking trails and historical landmarks to discover. However, it now seems completely run down. Historical buildings are locked up tight, campsites and informational signs have seen better days, and even the trails themselves are washed out and unkept. Most of the bridges have also collapsed, and look like they have been broken for quite some time. 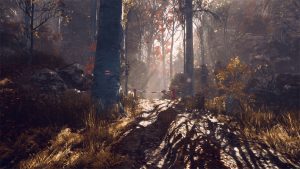 The sense of place in and around the forest is the game’s greatest asset. It’s based on the Bohemian Paradise (Czech: Český ráj) Protected Landscape Area in the Bohemia region of the Czech Republic. I’m sure this is an idealized version of that place based on the developer’s experience and imagination, but you really will feel like you are there at times, especially when the game opens up in later chapters and lets you fully explore the somewhat open map. It made me want to actually visit this place in real life, and would probably make for a nice virtual reality experience even if the rest of the gameplay were stripped away. 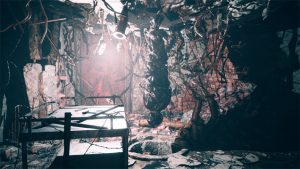 Now, in terms of the plot, I don’t want to give away any spoilers, but you will quickly learn that not everything in the game is how it seems. For example, at one point your wife (or I think ex-wife) calls you and says she wants to tell the police about their missing daughter, but the main character refuses. No parent would ever do that. That’s probably your first clue that something is amiss, but there will be many others, even before the supernatural elements start to come into play. 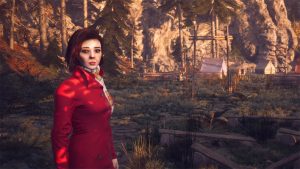 In terms of gameplay, Someday You’ll Return could almost be considered a walking simulator, but one with advanced elements. Most of the game consists of walking around and exploring the forest trying to reach certain landmarks that will trigger cut scenes and let you advance the plot. But there are also environmental puzzles to solve, things to build with your makeshift toolbelt and even activities like rock climbing to keep things interesting. At one point, you even assemble a complete alchemy kit and use it to brew potions that can help make the game easier, or which are required to advance and unlock new areas.

As the game progresses, it gets increasingly dark and foreboding in the forest, and you will also have to brave a lot of underground areas. At various points, the game will attack you with jump scares and some obviously supernatural creatures and situations. There are even sequences where you need to run down paths and avoid things like rocks falling from the sky and pieces of rebar that jump out of the ground to try and block your path. 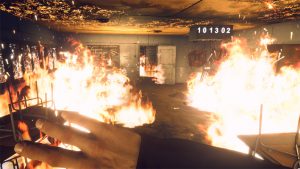 In terms of the horror elements, I would consider them on the lighter side. I’ve played a lot of horror games in the past so I might be a little desensitized, but I never really felt threatened or afraid while moving through the game’s various environments. If you cant stand horror at all, then Someday You’ll Return will be very difficult to deal with. But if you don’t mind a few creepy locations and the occasional jump scare, then this will be a lot easier to deal with than, say, any of the games in the Amnesia series. 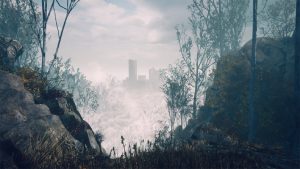 And although its possible to die in Someday You’ll Return, its pretty easy to stay alive. If you do die, you are generally only placed a short distance back in the timeline to try again.

Graphically, Someday You’ll Return looks good. It’s not photorealistic, but what this smaller development team achieved is pretty remarkable. Like I said before, the woods are very pretty when some supernatural power is not trying to kill you. There is also a soundtrack that is rather nice with what I assume are original songs and music. If that is the case, then I would love get the soundtrack someday. 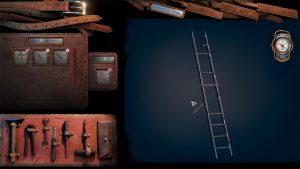 I was able to solve Someday You’ll Return in about 18 hours, and that was with doing a fair bit of exploring those interesting woods. You can probably go through things much more quickly if you just concentrate on following the main plot. If you like exploratory type gameplay, and can stomach some light horror elements, then Someday You’ll Return will provide a good experience for the money. 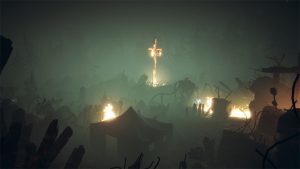 Someday You’ll Return is a good adventure game made by a small team capable of punching well above their weight. I had a lot of fun with this one, and if you are looking for a somewhat unique experience in an adventure game that is somehow both laidback and exciting at the same time, then you probably will too.

Someday You’ll Return earns 3.5 GiN Gems. If you decide to give it a try on Steam, let us know what you think in the comments below.