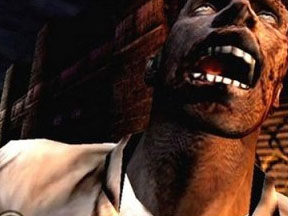 Umbrella Chronicles had a number of things going against it from the start, the most destructive of which came with the announcement that the game was going to be a first-person, self-guided shooter.

I mean, what would you say if a guy came up and asked: "Ever wanted to play Resident Evil in the style of House of the Dead?"

Don’t get me wrong, I enjoy the occasional shooter as much as the next gamer, but the RE series has had its duds in this vein of the genre, so you can understand my apprehension.

Thanks to games like Survivor and Dead Aim, you could just hear the fans yelling, "This is how you want to follow up RE4?"

Still Plans progressed, and before long players had something new to try in the meager collection of mature Wii games.

As far as gameplay goes, UC is extremely straight forward. In all seriousness, anyone that’s played House of the Dead will recognize the similarity. The character is led through a level as though s/he is connected to a track. The path stops you in certain locations and it’s here that you blast through a horde of enemies.

To take a zombie down, you can pump it full of ammunition, which will decrease your rating and therefore make certain storylines inaccessible, or you can hit them in a critical spot found on the very tip of their heads. An easy enough notion, but the spot is, at many times, absolutely fleeting, and you’re forced to either fight off an attacker or take an infected and slobbery zombie bite.

The use of the Wii zapper makes this goal less problematic, thanks to its help at lending a steadier crosshair to your aim, but it’s not completely necessary.

All through the game, there are lights, computer screens, statues, and a myriad of other items to shoot through in hopes of discovering ammo, health, or secret files. At the end of each level, you are scored on your ability to aim, concentrate fire, the time it takes you to complete the run, ect; nothing we haven’t seen before.

To be sure, UC is a good game to try out your new Zapper and maybe even an entertaining way to spend a lazy afternoon, but what exactly does it bring to the franchise?

It’s in that question that we discover UC’s real strengths as a game, because, while the gameplay may be a little too done, the story line is what this game is really about. I’m going to say that UC is, in part, a thank you from the creators to all those players that have followed the series for so long.

We see that a lot of the story attaches itself to Wesker, a character who has played a strong yet underlying part in the entire series. With this game, we begin to see Wesker’s part in each scenario, even in some all new scenarios that are exclusive to the game and add more intrigue into the overall storyline.

Aside from Wesker, past characters like Jill Valentine, Rebecca Chambers, Chris Renfield, Billy Coen, Carlos Oliveira, Ada Wong and HUNK are playable, and add a richer experience to the gameplay.

But this comes as a double edged sword, because if you know about the game and the story, sure, you’ll be sucked in, but if you have never seen a RE game before, this turns out to be just another shooter with a strange, jumping set of plots.

As for the visuals, the lack of effect from gunshots is kind of disappointing. Every time I’d aim a shotgun at a nearby foe, I’d expect to see the zombie cut in half, but all that happens is it gets pushed back a little. Hardly climactic.

Another disappointing aspect is the lack of zombie templates provided by the developers. The only way I can justify the same zombies coming my way throughout the game is to suggest that Raccoon City only has one clothing store, and it only sells four outfits.

On the plus side, the environments and available enemies look very detailed, so that nearly makes up for the monotony.

Another plus for the game is that it comes with an abundance of Easter eggs and unlockable content. From random and revealing notes left behind by past characters-a favored staple in the series-to character profiles, there is a ton of stuff to discover as you blast your way through each level.

So what UC has given us is a fun shooter that provides some insights into what Wesker has been doing throughout the series.

Still, UC wasn’t the lead up to RE5 that I was expecting. Though it held up its end of the bargain as a game, I have to say that simply replaying old ground in a new form is hardly something to get worked up about. That said, I’ll still recommend that you spend the money to check out Umbrella Chronicles, especially if you’re a fan of the series.