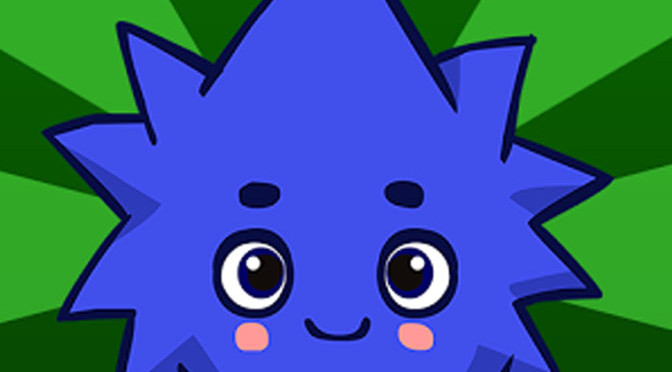 Furry Farm is a puzzle game that places you in charge of egg laying balls of fuzz called furries. The objective of the game is to collect a certain amount of eggs or coins. Coins are produced by selling eggs, collecting falling coins, or by tapping the q-ditch ball in the q-ditch game.

There are nine furries in the game. The primary color furries, such as blue, red, and yellow, seem to the most recurring furries. The secondary color furries, such as purple or orange, seem to only have use in certain levels. Furries can be upgraded to produce eggs of two or more value. Silver and golden eggs are rare eggs that just produce money for buying other furries.

There are utilities such as egg combiners, pipes, and junctions. Certain junctions and pipes need to be unlocked with coins. Pipes are sometimes retractable. Certain junctions are activated by one switch and turn the opposite way. (Mostly, seen on later levels) Energy bars power switches for utilities and for laying eggs. They can be refilled with 50 or less coins or regenerated with a certain furry.

Stars are the currency used to play every level. Each furry has its own unique star cost. You earn stars by completing levels within a certain time limit. The ranks go from gold to bronze with silver in between. Gold is the highest and bronze is the lowest. Once a level has been paid for with stars it can be replayed without paying again. Stars can be used to upgrade your energy bar or decrease the strength of ghosts. Stars can also be purchased to remove ads. (The easiest way to grind stars is to play the first level over and over. Each time playing on average is 30 seconds and with a guaranteed 250 stars, collecting stars won’t be such a hassle.)

Ads almost ruin the game though. With some important features at the bottoms of he screen it makes it a hassle to navigate and may cost you your gold or silver rank. For this reason stars have to be purchased in order to remove them. I understand they have to make some money, but it’s a real problem when ads interfere with gameplay.

Extra features such as q-ditch ball or ghosts

add an extra challenge to the game. Ghosts are the annoying creatures that freeze your pipes or kill your furry! To rid yourself of the ghost, you must tap in frantically, same with the ice he puts down your pipe. It shrinks as it becomes weak. A certain furry weakens it. Q-ditch is a play on words for Quidditch from Harry Potter. You tap the ball to a maximum of 20 times with each tap giving you time and gold. With each tap, the ball goes a different direction, the more taps into the game the faster the ball goes.

Furry Farm is an overall strong game. Ads are a nuisance and disrupt gameplay, but it has decent graphics, a happy song, and a simple goal it is a great way to pass the time. Although frustrating at times Furry Farm is one of my top rated games so far. I hope you enjoy it as much as I did.