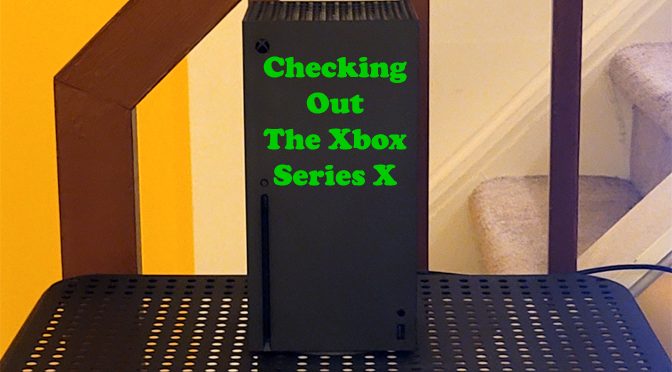 There are two schools of thought when it comes to creating a next-gen gaming console: improve upon the current architecture, or shatter the mold. Without generalizing too much, Microsoft and Sony tend to go towards the former, while Nintendo leans towards the latter. It’s served each company well in recent console generations, with each iteration of the Xbox and PlayStation being better than the last, and Nintendo coming up with wild, exciting designs that continue to impress.

To focus on a small piece of that, Microsoft keeps the trend going with the Xbox Series X, the most impressive console they’ve ever offered. Everything about it feels like a premium experience, from its virtually silent cooling to the lightning-quick solid-state drive and a user experience they’ve been years refining.

The first thing players will notice when they boot up their new Xbox is the solid-state drive, finally giving console gamers the speedy load times PC gamers have enjoyed for years. It’s difficult to understate how much of an improvement this is over past console generations, drastically improving everything from the Series X’s boot time to in-game loading screens. It also makes for incredibly smooth gameplay, helping games render quickly without the need for lengthy load screens between areas and levels.

The SSD is just one of the many quality-of-life improvements the Series X brings in its bag of tricks. With the proper display, the Series X can render games in 4K at up to 120 FPS or 8K at 60 FPS by taking advantage of HDMI 2.1. We’ve reviewed a few with the new console, and it really helped their presentations. The Xbox Series X makes for fluid, gorgeous visuals and drastically reduced latency. During my playthrough of Assassin’s Creed Valhalla, I started on the Xbox One X before migrating to the Series X. After setting up the new console, I actually failed a number of quick-time events because I was conditioned to press the button early to account for the input delay.

That I was even able to have that experience ties into another excellent feature the Series X brings: Smart Delivery. This optimized purchasing system allows you to purchase a game on the Xbox One and, upon upgrading to a Series X or Series S console, download the assets to play the next-gen version of the game, with your save data and settings carrying over. Smart Delivery eliminates the problem of having to purchase a game twice, and it means you don’t lose any progress when you upgrade.

Smart Delivery takes away a potential negative consequence of upgrading, but the Series X doesn’t stop there. Backwards compatibility was something Microsoft focused on heavily, and they delivered, with every Xbox One game — with the exception of Kinect-required titles — playable on the new console. Additionally, at the time of writing, 568 Xbox 360 and 39 original Xbox games are also backwards compatible.

With so many games available, ample storage space is a necessity, and that’s where things are less straightforward with the Series X. All next-gen games have to be played from the Series X’s internal 1 TB SSD or the proprietary expandable storage card, which comes in at $219.99. It’s a hefty price tag for expandable storage, and with next-gen file sizes only getting bigger, running out of room is a definite possibility.

There’s a workaround for this, though it’s not exactly convenient. Series X games can be stored on external hard drives, but in order to play them, they have to be moved back to the SSD. That limitation isn’t a problem with backwards-compatible games, though, which can still be played directly from external hard drives. At the moment, the $220 storage expansion is the only one available for next-gen games, but that may change in the future. And while it’s a potential inconvenience down the road, it may not be an immediate concern for most gamers.

What is an immediate concern is how well the system runs, and in that department, Microsoft has created a gem. The Series X cools brilliantly, with excellent airflow and a fan that’s practically silent. It does an excellent job pushing heat out the large top vent, keeping the critical components cool for those long gaming sessions.

During extended periods of play, the Series X and S have a neat trick that allows you to jump in and out of up to three games at a time. Called Quick Resume, the feature creates a save state for games that support it, meaning you can suspend the game, go to another one, and jump back in right where you left off. Microsoft does recommend saving your game as a precaution before using Quick Resume, but for gamers that like to dabble in multiple games at once or just can’t figure out what they want to play, this is an incredibly cool feature.

Small improvements are everywhere with the Series X, and that includes the controller. It’s almost identical to the Xbox One controller, but it’s slightly smaller and features a new share button, which can be mapped to perform a number of different functions. By pressing or holding it, you can customize the share button to capture gameplay, take a screenshot and share that media with a number of different apps. There’s also a definitive improvement to the D-pad, and the buttons have a better tactile response that the Xbox One controller.

While minor adjustments are always welcome, sometimes it’s best to leave things as they are, and the Series S/X does exactly that with the interface and menus. This is the same setup as the current Xbox One, which has gone through a number of major updates in the last year. The current version of the Xbox Store is one of the cleanest and easily navigated interfaces Microsoft has ever created, and altering it now would be fixing something that isn’t broken.

Likewise, Game Pass is still the best deal in video games, and the new Xbox consoles take full advantage of it. Though not specifically an Xbox-exclusive feature, having the ability to play some of the newest and most popular games on their most powerful console is a huge win for Microsoft.

There are also more subjective aspects to any console, including its aesthetic while on display. This isn’t something everyone cares about, but there are those who meticulously plan how each piece of furniture and knickknack in their living spaces look. The Series X looks like a tiny obelisk or futuristic monolith, with its vertical orientation and jet-black color. In some respects, it looks plain, essentially being a vertical box. In other respects, however, it can be striking. Again, it’s purely subjective, but I happen to be fond of the way it looks.

There’s a lot to love about the Xbox Series X. It runs beautifully, games look great, and the features are as good as they’ve ever been. New consoles are supposed to make gamers feel like they’ve taken a step into the future, and although many of the improvements are subtle, the Xbox Series X deserves the title of next-gen.