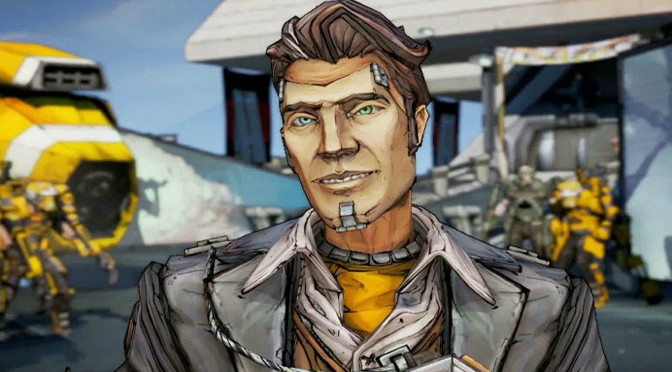 When I reviewed Borderlands: The Pre-Sequel for the Xbox 360, I stated that, although the game was well-made, I couldn’t help but wonder what it would have been like on next-gen consoles.

It didn’t take long for 2K and Gearbox Software to answer that question with the release of Borderlands: The Handsome Collection. More than a mere repackaging with graphical improvements, The Handsome collection features Borderlands 2, The Pre-sequel and all of the downloadable content for both games on a single disk.

Borderlands’ frenetic gun play is on display in all its glory once again in The Handsome Collection, with a massive boost to the game’s frame rate and overall polish. The added fluidity delivers an immediate upgrade to the both games’ responsiveness. Aiming has a crisp snap to it that was missing in the previous generation’s versions, and the cell-shaded artwork pops off the screen even more intensely than before.

Pick up a pretty deal from Amazon!

Those who played Borderlands 2 and The Pre Sequel on the last-gen consoles won’t find anything overwhelmingly new here, but the sheer amount of content makes the game a must-buy for fans who missed either the last time around. And even if you did play both, the plethora of content and near infinite replay value leave plenty of incentive to revisit the Borderlands.

The only real issue The Handsome Collection faces comes from the sizeable chunk of hard drive space it requires and the install time. It’s easy to forget that it’s not one, but two separate games being featured on one Blu-ray disc, plus all of their respective DLC. Fortunately for impatient gamers who absolutely must have instant gratification (read: me), once one of the games install, you’re free to play it while the other one makes its way onto your system’s hard drive.

Size and time aside, each game still stands as a great example of fast-paced, loot-filled extravagance. As I wrote in my original review of the 360 version, the Pre-Sequel still suffers from the fact that it sits in shadow of the original game and Borderlands 2. Whereas the first Borderlands was a revelation, pioneering the role-playing-shooter combo genre, and the sequel upped the ante, there just wasn’t enough innovation for the Pre-Sequel to stand as a gaming marvel.

It became a victim of the franchise’s success, but that’s not to say it’s a bad game. It’s just as good as its predecessors, and gamers will be hard pressed to find a better experience than romping around Pandora and Elpis with a few friends.

Borderlands: The Handsome Collection grabs 4.5 GiN Gems out of 5.