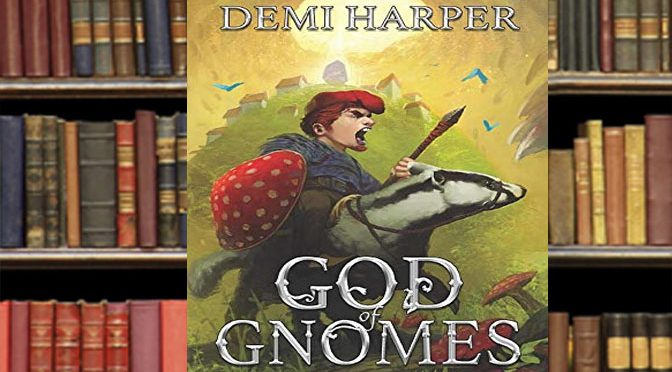 Hey all I’m back with another audiobook review. It’s God of Gnomes, God Core Book 01, by Demi Harper!

Plot: The plot is okay and while it involves a lot of LitRPG elements, since it’s based off games like Black and White and other strategy games rather than an RPG it’s different from other LitRPGs I’ve read or listened to. Normally I’d be very ecstatic about this, but unfortunately the characters bring down what would otherwise possibly be a very entertaining story.

Characters: The two main characters, Corey and Ket, are completely and utterly unlikable at all. I’ve had murderous thoughts towards fictional characters before, but the sheer intensity with which I want to bring harm to them is rare even for me. Corey is an unrepentant selfish prick and Ket is bossy and irritating at best and she’s a terrible exposition device. Frankly I enjoyed the squirrel fox Riskin more than them, despite the fact that particular character is a barely-sentient creature with no dialogue. 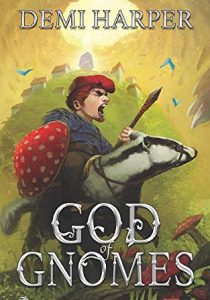 If Corey and Ket were humorous it would’ve helped the plot move along, but it constantly went back to Corey being a complete jerk. And he doesn’t even do it out of maliciousness, rather he’s just stupid or ignorant because Ket fails utterly at her role. And it’s not just her role in the story, both her in story job and her exposition device one are failures by only brining up powers or solutions when the need arises or just to constantly nag the main character like Navi from Ocarina of Time only much worse. How that latter issue is even possible, I don’t know, but Ms. Harper does it with Ket.

Voicework: Adam Sims is our narrator and he does an admirable job bringing to life the characters. Unfortunately his voicework doesn’t make up for the lack of good characters in God of Gnomes.

Overall: God of Gnomes could be good, if it had better main characters, but sadly it’s weighed down behind the utter atrocity that they are. Still if you are really desperate for a LitRPG book for whatever reason and liked the game Black & White, you might get some enjoyment out of God of Gnomes.

[amazon asin=1999666054&text=Grab a copy of God of Gnomes from Amazon in either paperback or as an audio book!]

For those who like: God Sim Games, LitRPG, Good Voicework.

Not for those who don’t like: Any of the above, or unlikeable Main Characters.