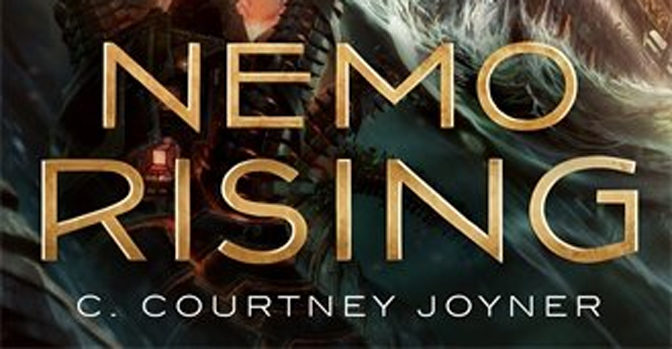 Hey all I’m back with a sequel to a true classic. It’s Nemo Rising by C. Courtney Joyner!

Plot Synopsis: It’s the era of the Reconstruction in the United States. Sea monsters are sinking ships up and down the Atlantic Coast. Enraged that his navy is helpless against this onslaught and facing a possible World War as a result, President Ulysses S. Grant is forced to ask for assistance from the notorious Captain Nemo, in Federal prison for war crimes and scheduled for execution. Grant returns Nemo’s infamous and marvelous submarine the Nautilus, and promises a full Presidential pardon if Nemo hunts down and destroys the source of the attacks 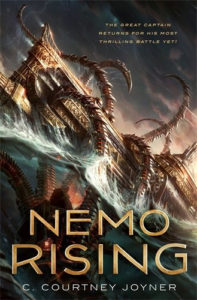 Plot: This is one hell of a ride, and while this is obviously not written by Mr. Verne who has been dead for more than a century, it is still a rather faithful sequel to the original Twenty Thousand Leagues Under the Seas. I will say that I hope this isn’t the end of Mr. Joyner’s work with Captain Nemo as I have always loved the character and his fantastic ship.

[amazon asin=0765376350&text=Go below the surface once again with Captain Nemo and his wonderful ship with a copy of Nemo Rises from Amazon!]

Characters: Nemo of course is the titular star and I thoroughly enjoyed his character. We even get scenes with President Grant who is still a badass despite his body being riddled with old scars from the Civil War. I wish I could say I enjoyed his character as much as I liked him as a historical figure, but the one in this book is a more relatable person to me. However, the real star of the show for me is Sara. I won’t say who she is, but I will say that I hope this isn’t the last we see of her with the good Captain.

Overall: An excellent sequel to a true classic piece of writing, Nemo Rising is a must read for any and all fans of fiction.

For those who like: Steampunk, Historical Fiction, Excellent Plot, Fantastic Cast of Characters.

One thought on “Undersea Action With Nemo Rising”