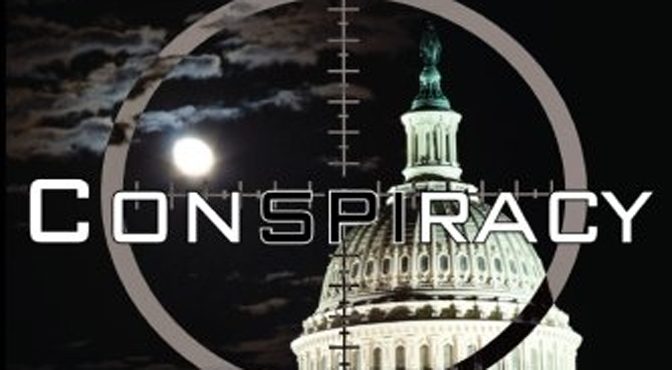 Hey all I’m back with the fourth entry in the romance/spy thriller series I’ve been covering recently. It’s Conspiracy, Alex and Cassidy Book 04 by Nancy Ann Healy!

Plot: This is the big entry that has answers to all those questions I’ve been having since the first book, and it doesn’t disappoint. That being said while the Spy Thriller portions are the biggest part of this entry, the romantic parts are still there. There were times however where I did grow frustrated with the Mrs. Healy for having so many darn abortive sentences of dialogue with only one word in them. It’s an annoying habit that has occurred in previous entries, but I had hoped it was just a flaw in her writing style that would be worked out eventually. 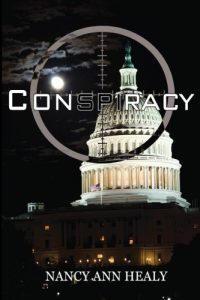 Conspiracy unfortunately still has those flaws, but if you can get over that I think you’ll enjoy this ending to this particular story arc in Alex and Cassidy’s lives. I have looked and seen that there is more to their stories, so don’t fret if you are upset that the story might be over. It isn’t, I know for a fact that I have at least one more Audiobook to listen to in this series that is out right now, and that a sixth entry is being written according to what I’ve found on the Internet.

Characters: This is entry really doubles down on the cast that we’ve come to know since the first book, minus all the dead people of course this is a spy thriller after all. That being said my favorite character would have to be Claire, for reasons that are really spoilerific, but I enjoyed her character much more in this entry than any other character, even Alex and Cassidy who were particularly egregious in the abortive sentence flaw I mentioned before. I had more than one instance of wanting to throttle characters just so they’d end up finishing a sentence.

Overall: A solid ending to this particular story arc, Conspiracy is a delight for fans of the previous books and/or Spy Thriller Fans.