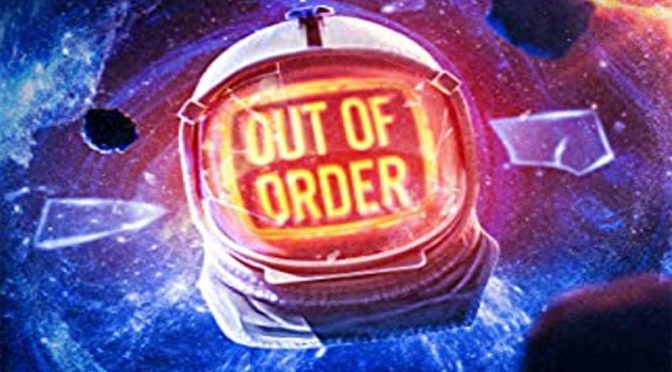 Hey all I’m back with the first entry in what looks like another Sci-Fi series. It’s Shakedowners by Justin Woolley!

Plot: The plot is a mix between something more serious like Star Wars or Star Trek, with a much more humorous Sci-Fi series like Hitchhiker’s Guide. Frankly I had some fun reading this one, although it sadly looks to be just the first entry in a series rather than a standalone. Normally I’d prefer a series, but the humor of Shakedowners did get to me at times and was more sophomoric to me than purely humorous.

Still, if you enjoyed Gate Crashers, which I reviewed years ago, or books like that, then you’ll probably enjoy Shakedowners. 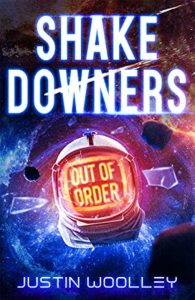 Characters: Iririus is our main character and he’s not really a great character. He’s lazy, not very ambitious and only mildly humorous. Frankly most of the humor of Shakedowners comes from the ridiculously named technology. Like the BAMF Propulsion system. The rest of the cast is mediocre, but if you’ve ever wanted to read about a character whose main defining trait is to be a sapient tumor, well Shakedowners will deliver on that. And yes you did read that correctly.

The plot follow captain Iririus, a loser whose only real talent is breaking new starships so that the engineers can fix them before they see active service. That is why the book is called shakedowners, because that is what they do on shakedown cruises. But when the pride of the Federation Fleet is attacked on one of it’s first shakedown cruises, things change in a hurry and it’s up to the dredges of the Federation to somehow save the day.

Overall: A more comedic Sci-Fi than something like Star Wars, it did grate on me occasionally, but most people will probably enjoy the humor. Probably.

For those who like: Comedy, Sci-Fi, Ridiculous Plot, Insane Technological Naming Conventions, A Confusing Cast of Characters.