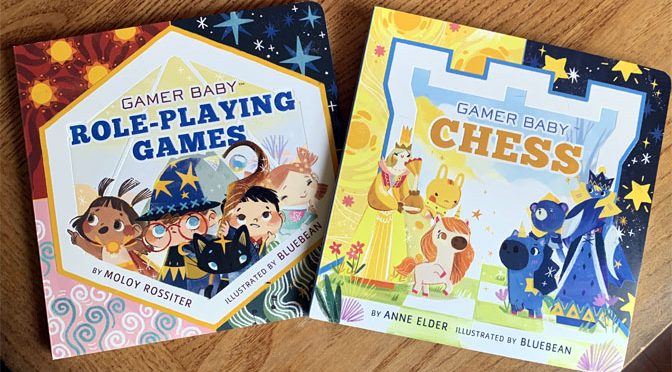 Gamers are a huge, diverse demographic and some members of that demographic have children. Enter Gamer Baby with board books designed to get the tiny gamers off on the right start with reading.

Gamer Baby Chess by Anne Elder, illustrated by BlueBean, is the most boiled down simplification of the rules of chess I’ve ever read and I’ve read several books on chess. Now, your two-year old is not likely to learn chess from this book, but if they’ve watched you playing and they want to know more about it, this is a simple way to explain it with adorable illustrations featuring bears, bunnies, and unicorns dressed as the traditional chess pieces. 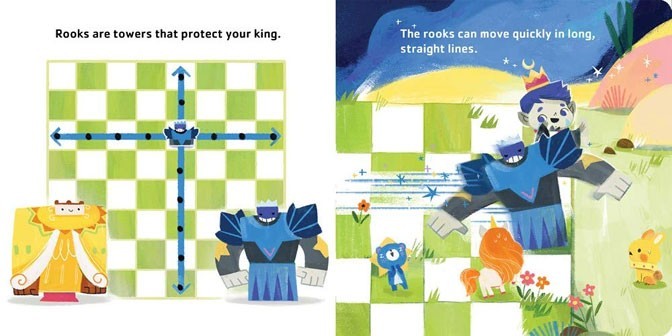 Gamer Baby Role-Playing Games by Moloy Rossiter, illustrated by Bluebean, does for role-playing game what the previous book did for chess. Obviously, role-playing games encompasses a lot of different games, but the book gets to the heart of playing with your friends, making a character, rolling a die to make choices, and even says you can play with mini figures if you like. 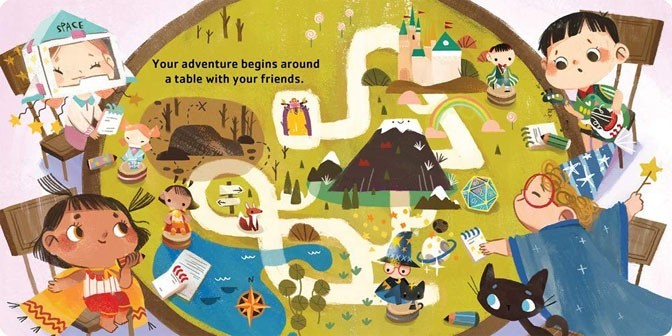 Like Gamer Baby Chess, the illustrations in Gamer Baby Role-Playing Games are adorable and usefully illustrate the concepts. Naturally, your two-year-old will not be actively joining you in your next D&D game, but this little book will help them understand what their parents and their friends are doing and that’s important for developing little minds. 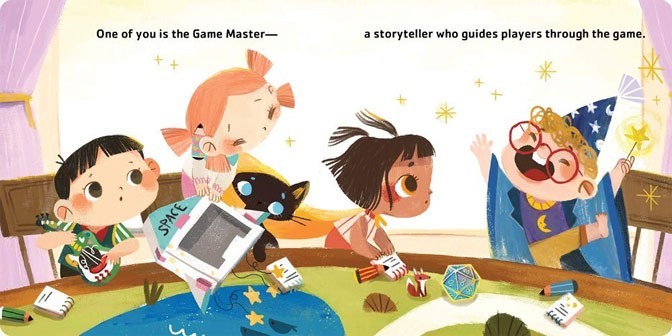 In addition to having great illustrations and fun little stories, the Gamer Baby books are printed on heavy card stock so they are well suited for little hands, the occasional flinging, and the off-label use of teething tool. They would make a nice addition to any burgeoning gamer family’s bookshelf. Perhaps most exciting to me is that in October of this year Gamer Baby Video Games is coming and I know a little neighbor that will be getting it. 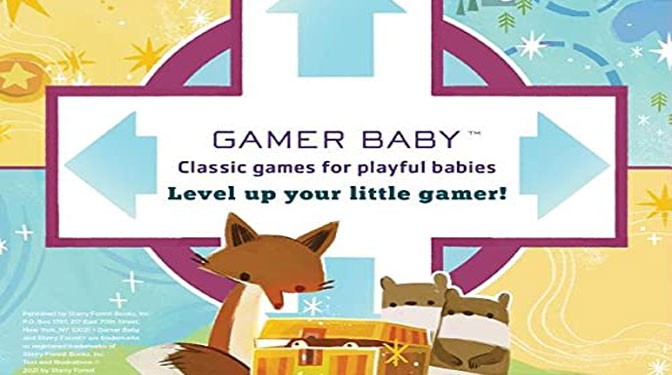 Starry Forest Books has a full catalog of books for children including a nice selection of STEM titles that, like the Gamer Baby books, boil down science and technology topics into their simplest components with fun illustrations to help little minds grasp the ideas. They also have series like Baby Classics, with well-known titles like Anne of Green Gables and Tom Sawyer turned into board books. Along with the board books are other non-fiction series for older children like STEAM & Me for ages 4-8, which includes titles about animals, science and technology. Check out their website for all their titles.