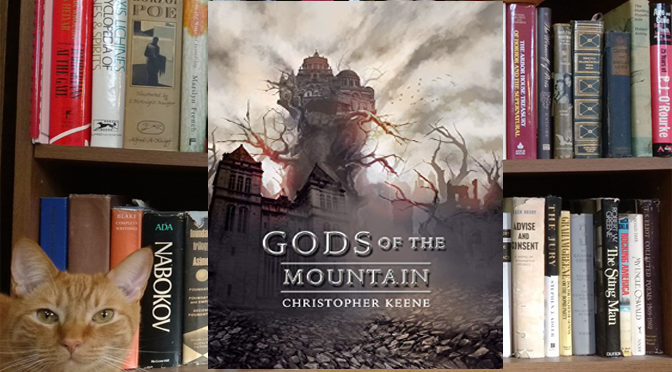 Gods of the Mountain

Plot Synopsis: “If that’s true, he’s returned from the grave, and you better believe he’s got something in store for this city.”

Accused of murder, Faulk is on the run after his chance at redemption went horribly wrong. He finds himself allied with the mysterious Yuweh, a woman sent by her gods to capture an assassin who is spreading forbidden magic.

Journeying across a land where all magic, cultures, and wars are dictated by its cycles in nature, they uncover a plot that threatens to destroy everything they hold dear. Faulk and Yuweh must reconcile their clashing cultures to prevent the chaos from repeating…

…as another attempts to use it for his benefit.

Plot: The plot of this book is really quite dark, but given that Mr. Keene describes it as a Grimdark fantasy series I guess I can say I’m not too surprised. It is a very different sort of writing from his other series, The Dream State Saga. I actually enjoyed the change of pace quite a bit. 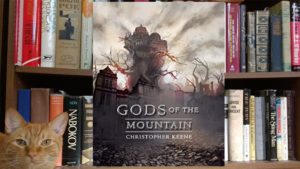 Characters: Faulk is our main character, and while he’s a scarred veteran he’s also not overly pessimistic. Not too much, I mean anyone who’s gone through the things he has is going to have ghosts of the past haunting him/her. Yuweh is our female lead and she’s pretty interesting as well. She’s pretty well developed all around. That said she and Faulk definitely have some growing up to do, which hopefully occur in later books. The rest of the cast is great as well, though again there is some pretty dark characters. Characters like Mullen who’s an Inquisitor, and yes I mean exactly that type of Inquisitor. Although he has enough snark to at least cover the rough edges of his profession.

Dare to dive into dark fantasy with a copy of Gods of the Mountain from Amazon.

Overall: This is a great start to what is promising to be a good series. It is dark however, so those who prefer lighter fare will want to stay away.

For those who like: Epic Fantasy, Dark Stories, Excellent Plot, Fantastic Cast of Characters.