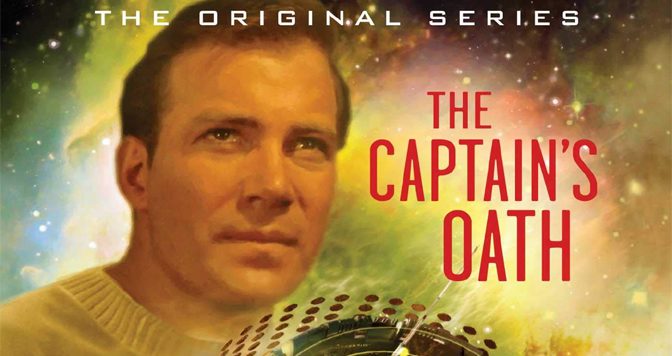 James T. Kirk’s rise to prominence as a young captain is the subject of this expansive book by Christopher L. Bennett, who manages to maintain the essence of Kirk while simultaneously updating him for modern audiences.

The book begins on the U.S.S. Enterprise in 2265 when Kirk has just taken over as captain. The story then moves backward and forward through time, showing Kirk’s time as the Captain of the U.S.S. Sacagawea and the events that ultimately led him to be given command of the Enterprise.

What makes this book so good is Bennett’s excellent job of weaving action sequences with character study so that the action feels important because the characters thoughts and feelings are reflected in their behavior. He shows us the beginning of Kirk’s relationship with Spock and the things that happen that lead the two men, despite their differences, to respect each other and become friends. 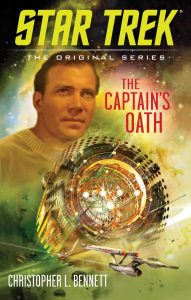 Bennett also does a good job of showing the isolation of command and how important friends are to a captain and how those early loyalties from the Sacagawea both inform and conflict with Kirk’s choices on the Enterprise. Kirk is called in to deal with a former crewmate, Rhen Sherev, who is in conflict over an archeological site that will be destroyed by terraforming. While Kirk tries to sort out a solution, the story shows us the beginning of his friendship with Sherev and some of their shared experiences on the U.S.S. Sagawea, and how that relationship ultimately plays out in the new situation.

Like all good science fiction, the book address real-life social issues of diversity, immigration, diplomacy and war, all wrapped in face-paced action sequences with the characters we all know and love. The new characters in this book, the ones on the crew of the Sacagawea, are just as fully formed as the characters we all know from the TV shows and other Star Trek books. The reader ends up caring about them as much as the series regulars and that’s a strong testament to Bennett’s writing.

[amazon asin=1982113294&text=Explore the history of Captain Kirk with a copy of The Captain’s Oath from Amazon!]