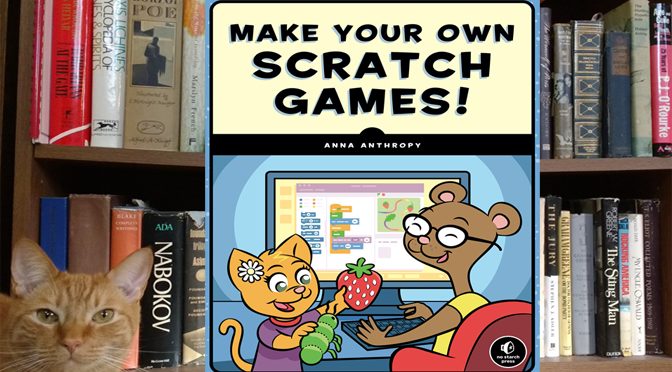 Make Your Own Scratch Games

Hey all I’m back with a pack of books and cards from No Starch Press about learning how to make games. The first one is called Make your Own Scratch Games by Anna Anthropy.

First off let me get this out of the way, I’m not an expert coder or artist. I understand the basics and can offer decent critiques for others quite easily with my knowledge of those subjects, but I’m unable to do any of it myself in any creative sense. That doesn’t mean I can’t appreciate or see flaws in those subjects, just that I can’t make them myself. I lack the creative spark to do anything but rework existing things, which makes me a terrible artist and coder, at least in my own eyes. 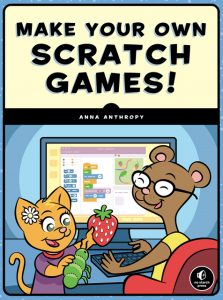 So when I was asked to look at these books, and deck of cards, I was a bit leery of doing so. One of the books go into pretty good detail on how start coding with the Scratch programming language, which is aimed at for kids around the ages of eight and above. The other book goes into how to make pixel art, which is a form of art for gaming that I have always held as a timeless medium. Finally the last item in the pack was the deck of cards that help teach the Scratch programming language.

The first book I wanted to tackle was called Make your Own Scratch Games. It uses the Scratch block-based programming language developed by the MIT Media Lab. The blocks are strung together using code, not unlike you would do if you were creating a Choose Your Own Adventure story, or at least diagramming it on a board. Or perhaps if you were a detective in one of those crime investigation movies you might connect all your suspects and evidence with yarn. Scratch is kind of like that, and this book shows how to make it all fit together. The book is written by Anna Anthropy, an experienced game designer with lots of titles to her credit.

[amazon asin=1593279361&text=Start coding with a copy of Make your own Scratch Games from Amazon!] 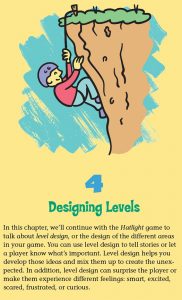 Like the other books in this new series, this one is very well done, and I have to particularly note how special care was made of mentioning how toxic the online community can, and will, be. Sugar coating such things would be a major disservice to the reader, and while I think of it as common sense fact when it comes to dealing with anything on the Internet, not everyone knows that.

That being said I have one misgiving. It’s that the Scratch programming language is not a typical one used in the industry to the best of my, admittedly limited, knowledge and learning that could prove detrimental to some who wish to go into programming. Still I think it teaches the basics well enough, and I could follow along with the book easily enough myself. Just don’t ask me to write a custom piece of code in Scratch, like I said above I lack the spark to do that. Perhaps the kids who read this book will fare better.