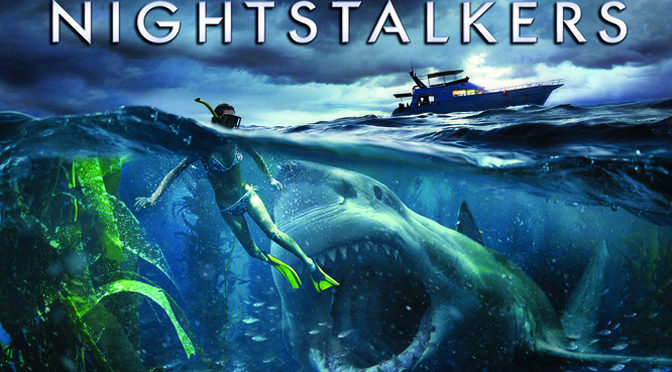 Hey all, I’m back with a book I’m fairly sure I didn’t request, but that didn’t stop me from reading it. It’s MEG: Nightstalkers by Steve Alten.

Plot Synopsis: Bela and Lizzy, the dominant Megalodon siblings from Angel’s brood, have escaped the Tanaka Institute to roam the Salish Sea in British Columbia. While Jonas Taylor and his friend Mac attempt to either recapture or kill the “sisters,” Jonas’s son, David, embarks on his own adventure, motivated by revenge. Having witnessed his girlfriend’s gruesome death, David has joined a Dubai Prince’s ocean expedition, tracking the 120-foot, hundred-ton Liopleurodon that escaped from the Panthalassa Sea. Haunted by night terrors, David repeatedly risks his life to lure the Lio and other prehistoric sea creatures into the fleet’s nets, while battling his own suicidal demons. 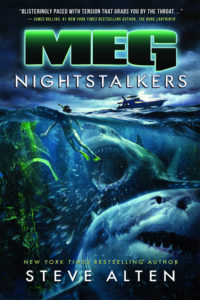 Plot: The plot is intense, pretty much from the first chapter, although we start with a transcript of a therapy session of David’s. That was a nice introduction to the book, but even then I was still pretty confused about what was going on and why I should be interested in why these people are chasing after what are essentially prehistoric monsters. This feeling didn’t change at all for me during the entire book, which isn’t a great thing in my opinion, however I do recognize that this is a part of a much larger series, this being the 7th in the same “universe” by the author. That all being said, I might have enjoyed this more if I had read the previous books and I didn’t hate the Horror genre quite as much. However I do, and I can’t honestly say that this was my favorite book I’ve ever read. This all being said, it is intense, and will probably be up any horror or nautical buff’s alley.

[amazon asin=0765387964&text=Dive into the bloody waters with a copy of MEG: Nightstalkers from Amazon]

Characters: There are tons of characters in this book, all of whom I felt that I should know and care or at least understand. But I didn’t, and I’m going to assume that’s because of me reading this latest entry in a long running series. That said it wasn’t like I hate all the characters, but I just don’t understand them. The drive to find or deal with what I see as monsters is completely baffling to me.

Overall: This is probably an amazingly well done book in an amazing series, but I personally can’t appreciate it coming in to the series late and not being a fan of the Horror genre. That said, that won’t necessarily be the case for you, you might just enjoy what I’m calling “Jaws on crack.”