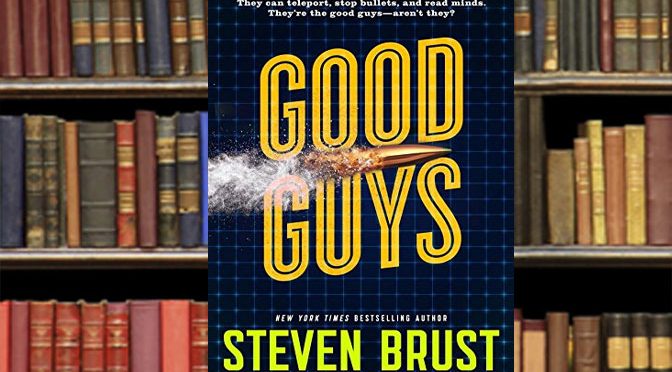 Hey all I’m back with another novel from the good people at Tor! It’s Good Guys by Steven Brust!

Plot Synopsis: Donovan was shot by a cop. For jaywalking, supposedly. Actually, for arguing with a cop while black. Four of the nine shots were lethal―or would have been, if their target had been anybody else. The Foundation picked him up, brought him back, and trained him further.

“Lethal” turns out to be a relative term when magic is involved. When Marci was fifteen, she levitated a paperweight and threw it at a guy she didn’t like. The Foundation scooped her up for training too. “Hippie chick” Susan got well into her Foundation training before they told her about the magic, but she’s as powerful as Donovan and Marci now. They can teleport themselves thousands of miles, conjure shields that will stop bullets, and read information from the remnants of spells cast by others days before. 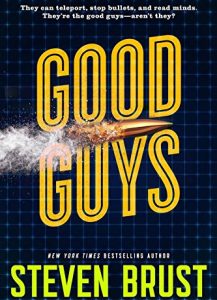 They all work for the secretive Foundation…for minimum wage. Which is okay, because the Foundation are the good guys. Aren’t they?

Plot: The plot is funny, snarky and fast paced enough to be quite an enjoyable ride. I’ve reviewed another of Mr. Brust’s works before, but that was like the 17th book in a long running series, so while I enjoyed it, it was also really confusing and I know I missed a ton of things because of my ignorance of the series. Thankfully Good Guys avoids that by being a completely new story and fully stand alone.

Characters: Our three main characters are pretty funny, though my favorite is Marci. However, the whole cast is just great, and I had a lot fun reading the various character interactions.

For those who like: Urban Fantasy, Magic, Snark, Good Plot, Great Cast of Characters.